Home News CAN condemns attacks on worshipers in Kogi. 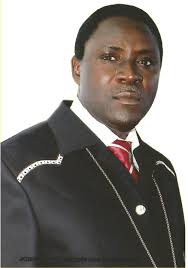 CAN condemns attacks on worshipers in Kogi.

The Kogi State Chapter of Christian Association of Nigeria (CAN), has condemned in strong term the recent attacks on churches and worshipers by gunmen in the state.

The gunmen had also last month attacked another church in Osara, in Adavi Local Government Area of Kogi and abducted three persons, and released them five days after a ransom was allegedly paid.

The State Chairman of CAN , Dr John Ibenu, who condemned the killing and abduction of worshippers in church while addressing Journalists in Lokoja, said such act had created fears in the heart of Christians who are willing to worship their God in churches .

According to him ”As the State CAN Chairman, I strongly condemn the attack on Churches, Winners Chapel at Osara and now ECWA Church at Okedayo, Kabba.

”This is a desecration of places of worship. We condemn it in its totality,”

While commending the effort of the State Government in tackling insecurity in the state ,
Ibenu enjoined everyone to give maximum cooperation to security agents to enable them curb the rising menace.

”Our prayers and condolences go to all the bereaved” he stated.