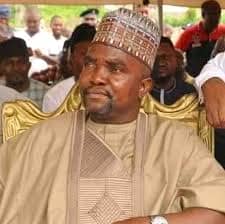 He also congratulated Governor Yahaya Bello, the leader of the party in the state, for his good Leadership quality of fairness, just, equitable and forthrightness, which he said has brought stability to the APC in Kogi.

In a statement personally signed by Sanni, he equally congratulated other members of the state executive and urged them to continue to support the governor as they have always done, so as to continually put the party on the winning line

“On behalf of my teaming supporters, I congratulate you and your team and I wish you a successful tenure of achievements and outstanding performance that will surpass your first tenure.

He described the chairman as a dynamic politician who he said has changed the face of politics in the state since he assumed leadership of APC in the state.

Sanni noted that the single parameter to judge a party chairman is the outcome in any election, saying that Hon. Bello have been outstanding in his performance

He accerted that unarguably the most successful party chairman in the history of Kogi contemporary politics remain Hon. Abdullahi Bello, saying that the record speaks for itself.

“With relish, the choice of honourable Abdullahi Bello AKA Dollar in the first instance as the party chairman turns out to be another wise decision the governor took which has brought prosperity to the party.

He called on the members of his party, the APC and people of the state in general to continue to give him the needed support for the over all development of the state.

Previous PostBreaking: Gov. Bello appoints Opaluwa as the next Atta Igala Next PostNMMA Forum will Create Room For Exchange Of Ideas Among Journalists – NUJ Chairman