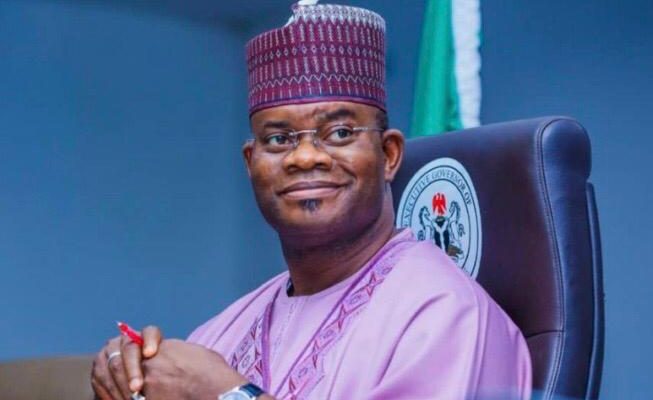 Kogi State governor, Yahaya Bello has expressed grieve over the death of Army officials killed during an ambush on the Presidential Brigade Guard on Sunday.

The late officers were killed by suspected terrorists after the Army officers responded to a distress calls from the Nigeria Law School, Bwari.

Governor Bello in a Press statement signed by his Chief Press Secretary, Muhammed Onogwu on Tuesday and made available to newsmen , described the death as tragic and saddening, stating that findings indicated that two out of the fallen gallant officers, namely Captain Samuel Attah and Lieutenant Ibrahim Suleiman were illustrious sons of Kogi state.

The Governor who vehemently condemned the terrorist ambush, described nefarious action as a dastardly act and a show of cowardice.

While urging authorities to expedite actions and ensure that the perpetrators of the heinous act are captured to face the full wrath of the law to forestall any future occurrence.

He added that the incessant, but cowardly uncoordinated attacks by terrorists must receive keen attention and brutal response from respective security agencies, noting that the Nigerian internal sovereignty must not be at the mercy of criminal elements.

The governor commiserated with the families and friends of the deceased, particularly the father of Lt. Suleiman, Col Suleiman Ahmodu Babanawa (Rtd) from Okpo, Olamaboro Local Govt. and Captain Samuel Attah from Ibaji Local Government Area of the State.

He also extended his commiseration to the Nigeria Army over the death of some of their finest and committed officers.

Governor Bello prayed to Almighty God to grant the repose of the demise eternal rest and give their immediate families the fortitude to bear the lost and pains.