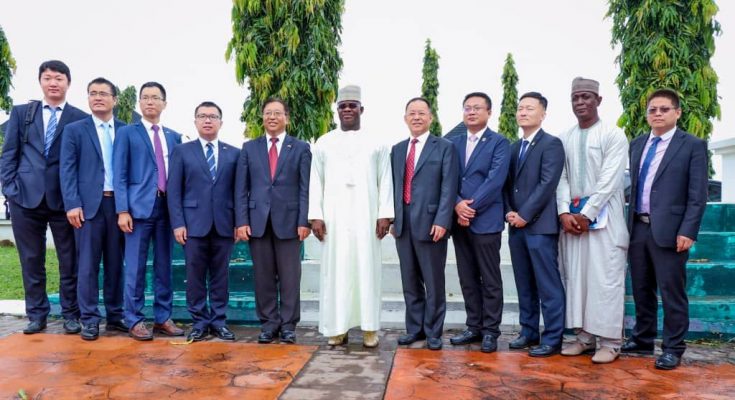 China’s Ambassador to Nigeria, Mr Qui Jian Chun has expressed the readiness of his country to explore viable areas of partnership to establish
Nuclear Energy in Nigeria specifically Kogi state.

Mr Chun stated this on Monday when he led a delegations from China National Nuclear Cooperation (CNNC) on a business meeting with Kogi State Governor Yahaya Bello in Government House, Lokoja

He noted that his key interest as Ambassador was to facilitate china’s investment and also utilize China’s technology for the benefit of Nigeria and Kogi state, opined that Nuclear Energy would further attract investment to the state, improve its infrastructure, tax revenue, job creation as well as vast social economic developments.

The Ambassador noted that he was hopeful that the meeting would birth a historical moment, where the CNNC could be able to establish one of its two Proposed Nuclear Power Plant (NPP) in Kogi state.

He mentioned that China was a leading reference in areas of modern infrastructures amongst the international community, stressing that both countries had an existing relationship with so much achieved already.

He stated that state like Kogi could benefit from China’s vested interest in modern infrastructure, Information Communication Technology, industry, Investments and import/exports opportunities.

Mr Chun expressed confidence that China which was the world’s largest consumption market could in the nearest future have a policy where Nigeria particularly states like Kogi could export more products into the Chinese Market.

The China Ambassador pledged to establish a department of Nuclear energy at the Confluence University of Science and Technology, Osara and other institutions as part of plans to nurture local breed in the field adding that the Kogi government should similarly encourage and facilitate some of its young engineering talents for exchange programmes in the country.

While fielding questions from their presentation, representatives of the CNNC revealed and emphasized that nuclear energy was a safe technology for humans, plants and the environment.

Governor Bello in his address while thanking the Chinese Ambassador, Mr Chun for finding Kogi State worthy of such recommendation added that the meeting was between two sincere governments who were both interested in the advancement of the people.

He said that after their presentation his government was so enthusiastic to internalize their plans and was willing to foster the relationship with the Chinese government by engaging in every discussion in the interest of the people of the confluence state. 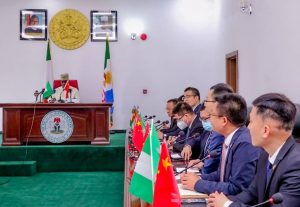 ALSO READ:  Truck Crushes 3 To Death Along Zango-Daji in Kogi

He urged the country not to relent in sharing their wealth of experience with the Nigerian nation in areas where the country was currently facing temporary difficulties.