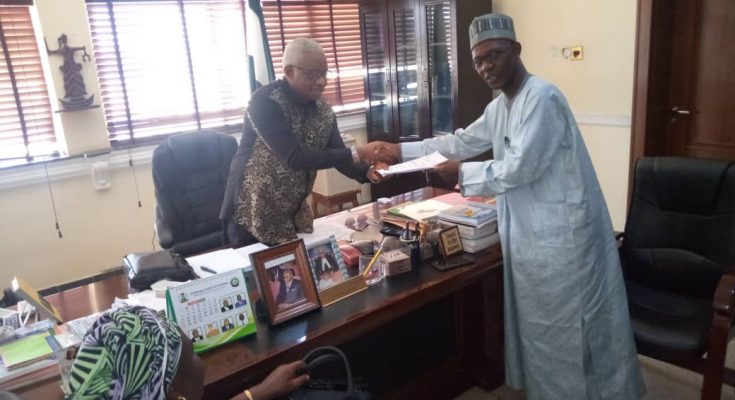 268 ghost workers has been discovered by the Staff Verification Committee set up by Acting Chief Judge of Kogi state to probe the nominal roll of Kogi State High Court.

The committee also uncovered 706 illegally recruited staff on the payroll of the state judiciary.

Chairman of the probe panel, Justice Mohammed Etsu Umar, disclosed this while presenting the report of the staff verification committee to the Acting chief Judge (CJ) Justice Josiah Joe Majebi at the judiciary headquarters in Lokoja.

The committee recommended the termination of all ‘illegal’ appointments into the services of Kogi state judiciary, between January,2021 and June, 2022.

“Therefore, it is an indication that though their names are on the pay roll but they do not have duty stations and do not work anywhere in the Inspectorate offices.

“It is our recommendation that it is an abnormality for a staff to be on pay roll without duty station. Such situation should be immediately corrected by termination of employment of such persons affected.” the committee stated.

The Committee also recommends that, “henceforth, employment (by the institution) should be highly regulated to the needs of the judiciary establishment and based on budgetary provisions and availability of vacancies.”

While appreciating the committee members for a thorough job, kogi state Chief Judge, Justice Josiah Majebi, said the committee’s assignment would be a continuous one as he expressed his resolve to ensure routine scrutiny of the payroll of the high court and entire judiciary to safeguard staff welfare with utmost empathy and due process and diligence in Staff recruitment and administration which he says is the cardinal goal of his stewardship as the state Acting chief Judge. Justice Majebi, vowed to implement the recommendations of the Committee without delay with a view to bringing sanity and discipline to the state judicial service for efficient judiciary system in the state.

“ I am being guided by the three principles of showing love and being concerned with the problems and happiness of the people I lead.

And when I assumed office, I said the prevailing order cannot achieve what I want to achieve. so I had to joggle with the order. So, I changed the DPM and, i have always invited the Judiciary workers union (JUSUN) Chairman to be part of what we do because staff welfare and the interest of the system should always be our collective purpose. We cannot afford to allow the system to collapse,” he said.

The setting up of the state judiciary Staff verification committee followed the recommendation of the state high court council of Judges to that effect to check administrative malpractice.