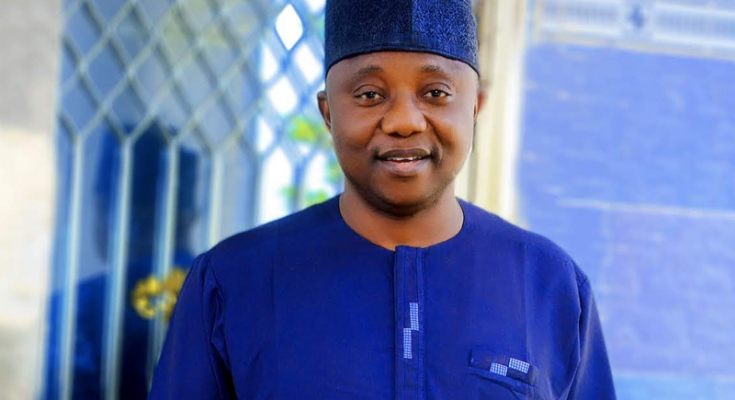 The candidate of All Progressives Congress (APC) for Ajaokuta federal constituency, Barrister Sanni Egidi Abdulraheem has been commended for his humanitarian services to the people of Kogi state.

Commissioner for information and communication, Kogi state , Kingsley Fanwo gave the commendation during an award conferred on him by the “The Nigerian Post Newspaper” on Tuesday in Lokoja for his selfless services to Ajaokuta Federal Constituency and the state at large.

Kingsley Fanwo who presented the award to Barrister Abdulraheem on behalf of Governor Yahaya Bello, described him as a detribalized personality, who has touched many lives positively across the state irrespective of tribe or religion.

He stated that the State government is proud of Barrister Abdulraheem and described him as one passionately committed to putting smiles on the faces of people he come across.

The commissioner however , urged the APC House of Representative candidate to hold on to the good virtue that has made him a household name, pointing out that the general report from the grassroots, shows that he is acceptable by the people.

Speaking in an interview with newsmen shortly after he received the award, Barrister Abdulraheem described leadership as the ability to impact positively on the lives of the less privilege in the society in order to put face smile on their faces.

He noted that his humanitarian services started even when he was a civil servant in the local government areas, saying the award will spur him to do more for humanity.

“I want to say that I have not been tested but I know that I could be trusted. Long before I decided to vie for the position of House of Representative, I have done a lot to put smile on the faces of the less privilege in the society which has been my trade mark” he stated.