Home Opinions FROM THIRD WORLD TO FIFTH: AT 62, NIGERIA AS A BAD EXAMPLE 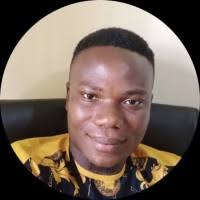 FROM THIRD WORLD TO FIFTH: AT 62, NIGERIA AS A BAD EXAMPLE

In the late 1960s when leaders like Lee Kuan Yew of Singapore and Sheikh Rashid bin Saeed Al Maktoum, former vice president of the UAE and ruler of Dubai declared their visions of prosperity for their respective island nations, not very many people gave it a chance!

During that same period, a particular Head of State of Africa’s largest population infamously declared that ‘Nigeria is so rich, that we don’t know what to use the money for’. Today, Singapore and United Arab Emirates are prosperous nations, having moved from Third World to First! While, Nigeria, is much more backward than ever before, moving from Third World to Fifth. The difference is clear! What is amiss among the leaders of those two nations and successive Nigerian leaders till date is ‘Vision’. Ours are without vision for the nation. We only have rulers who are master strategists in the art of suckling the nation dry. All that appears visionary to them is their stomachs and accumulated wealth for their generations unborn!

It is worthy of note that at that time, Nigeria was in all ramifications far ahead of these two nations I mentioned above. After breaking through from Colonialism, and the resultant initial turmoils, the leaders of those nations went on to create visions, policies and roadmaps that would serve as guiding principles for successive leaders of their nations. Over the same period, Nigerian rulers were busy amassing wealth for themselves, relatives, friends, cronies, and stoicking hates/divisions among the citizens, as well as destroying some of the few notable institutions (legacies) left behind by the colonial Masters.
Fast forward the whole crimes committed by a few thousands of self imposed rulers through series of coups and sham elections in the name of democratic governance, one would understand why we have found ourselves in this state of limbo after 62 years of self governance.

Let it be known that my emphasis on failed leadership does not exonerate the laisez-faire, happy-go-lucky citizenry which majority of Nigerians are. Rather than seek redress and a change in attitude, we, the citizens of this supposed virgin country have contributed immensely in the degradation of our nation through our actions and show of supports for our oppressors. In fact, it is not new to realize that in most cases we are envious of our rulers, and wish to be in their positions. Our desires for such positions are not in the name of overhauling the deteriorating systems but to inflict more damages on her. Little wonder, we see and hear of many of us whose job(s) it is to praise-sing the perpetuators of the crimes against Nigeria. We praise them, and usher them into Churches and Mosques as God’s anointed, feast with them, and then, gift them with ‘honorary awards’ and ‘chieftaincy titles’ for their ‘selfless services to humanity’. All these drama, are usually done with the supports and supervisions of our so called religious leaders who have made themselves God’s Spokespersons in the country.

My Lamentations are not borne out of hate, but out of despair and the need for us to understand why our backwardness is endemic. It is we the people, who cheer these oligarchs for the few nairas they spray on us. And we, in our shamelessness troop their abodes every now and then to beg for alms, to plead for a share of the ‘national cake’. Knowing our psyches and weaknesses, again and again, they would always be there to give us crumbs, a few nairas, packaged handouts, enough to feed our kwashiorkored stomachs for two days. We bow to them, in loyalty, in prayers, and sheer comparison of how one ruler is even a better thief than another. What a people!

Mischievously, like Karl Marx’s utopia, after looting the nation’s treasury, ceazing jobs, closing down schools, manhandling the economy, and overheating the polity, they always come to us, the docile citizens, and cry with us. We see them all the time, at daytime, sitting in the front seats of churches and standing on the front rows of Mosques, while their cunning spiritual benefactors make proclamations of ‘God’s messages’, and we, the bandwagons, the riff-raffs, cheer on, in admirations and everyday hope, pretending as if we don’t know the truth! And, at night, they become priests, and babaláwos, pounding the bones of same citizens they’ve sworn to protect. All that, are done in the ultimate spirit of neo-colonialism!

We all seem to pretend not to know that yesterday’s abandoned generations, victims of Nigeria’s crippling situations, have become today’s Masters of ritual killings, kidnap kingpins, internet fraudsters, drug Lords, and engage in other distasteful occupations. These people, as dangerous as they may appear, are not worse than our Politicians and rulers! Indeed, they all have committed henious crimes against the Nation, eventhough it is we, theMasses who always bear the brunt.
No nation which do not reward hardwork and merit, and have oppressed her citizens this much should expect anything good. The resultant consequences will always be insecurities, agitations, more crimes, corruptions, religious tensions, among other negativities. All in the name of seeking for survival, succour and hope!

ALSO READ:  THE SEARCH FOR A RUNNING MATE: A POSSIBILITY FOR A FEMALE CANDIDATE AND AN EYE-OPENER FOR APC.

How then do we break ourselves from the shackles of our oppressors? Rhetorical as it might appear, that question is already answered. We must, collectively decide to speak truth to power. Power belongs to God they say, but we the masses must take it, rather than continue to allow God’s Spokespersons decide our destinies. The earlier we understand that our religious institutions are major contributors to our problems in this country, the better for us all. We must rise in unison and shout across broken fences, with hope that our nation can be born anew. At 62, there’s never an ending to how hopeful we can be about our Nigeria.

This year’s Independence celebrations is even a perfect opportunity as we are already in the season of lies and mischiefs. We know them, and we are already singing their praises. For a better Nigeria, it is time to reflect, weep, and move on stronger by our determinations of never again allowing theives and bigots rule over us. Never again should we let our conscience be soiled by a few worthless nairas. Not just about the Presidency, let’s seek good leadership in every level of governance, from The grassroots at Local Government Level, through State Government levels then, the Federal Government, and even in our daily lives.

It is by so doing that, we can wipe our tears confidently, and start believing again! May the sun rise tomorrow…