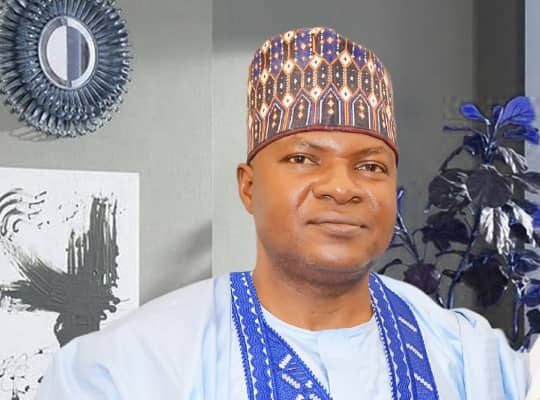 An Islamic Scholar, Ustaz (Barrister) Saeed Isah Okino has said that the Qur’an which is the holy book of Islam came from God to the world through Prophet Muhammad (SAW), saying celebrating his birthday is sacrosanct and useful to all Muslims.

Ustaz Okino stated this on Sunday in Okene during the 2023 annual birthday celebration of the noble Prophet of Islam organized and Finance by Idrisiyya Islamic School Okene, Kogi State.

He pointed out that in the past Moulid was observed only once in Ebira land and expressed joy that today it is being celebrated across the central senatorial district for many months before the month of Ramadan.

“Moulid activities in Ebira land in the olden days was observed once in a year and in only one place, but today Moulid celebration has increase significantly and it is being celebrated every where” he said.

Ustaz Okino charged Muslims to intensify effort on five daily prayers and urged them to show love and care to the orphans and vulnerable people in the society, saying these are the virtues of the Holy Prophet Muhammad which every Muslims must emulate.

While praying to Almighty God to bless Ebira land , Kogi state and Nigeria at large, the Islamic Scholar also prayed for peace , unity and progress of central senatorial district of Kogi state.

Also in his sermon, Ustaz Engr. Suleiman Ovurevu charged Muslim parents to train their children in the ways of Holy Prophet Muhammad (S.A.W) to enable them enjoy God’s blessing in this world and hereafter.

The scholar who described the Holy Prophet Muhammad as a gift from Almighty God to the entire world , said as a model to all Muslims it has become imperative and compulsory to all Muslim Ummah to train their children on the virtues and deeds of the Prophet.

According to him, the Qur’an described whoever refused to accept the Holy Prophet as the worst animal that would not enjoy God favour both in this world and hereafter.

He therefore called on Muslims to follow the teachings of Islam as exemplified by Prophet Muhammad (S.A.W).

In his closing remark, Ustaz Muktar Idris one of the children of the initiator of Idrisiyya Islamic School, said “We the entire Idrisiyya Islamic School Ummah wish to appreciate our meritorious and impeccable lover of our noble Prophet Muhammad (SAW) for there individual contribution towards the successful hosting of 2023 annual Moulid .

“We sincerely thank you all for coming both physical and spiritual. May Allah ta’ala never debase us from the love of our noble Prophet Muhammad S.A.W. Thank you for all” he said.