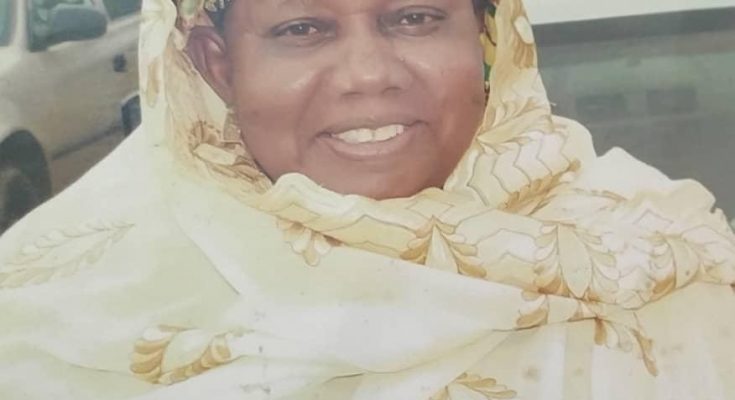 An Islamic scholar, Imam Aliyu Jimoh Yusuf has charged Muslims to always pray for the repose of their love ones who had answered God call to enable them enjoy eternal life.

Yusuf gave the charge at second 200 housing units in Lokoja during a one year remembrance prayer organized by Alhaji Musa’s family for late Hajia Zainab Oremeyi Musa who died on the 13th January , 2021 at the glorious age of 67 years.

The Islamic scholar who recited many surats and verses in the holy Quran , described death as inevitable that falls on all living things and urged Muslims to live a life of humility, tolerance and love as exemplified by the Holy prophet Muhammad.

While eulogizing the late Hajia Zainab Oremeyi Musa, the cleric said the deceased had lived a life worthy of emulation, noting that before she died last year she was able to touch many lives positively as recommended by Allah.

“Allah has told us that every single soul must taste death one day no matter the position or the connection the person has, whenever the time comes the soul must face and succumbed to death.

“Therefore , it behove on us as Muslims to always prepare for death so that when it comes it will meet us in a good condition by virtue of our deeds on earth.

“Remember that Prophet Muhammad said it severally that if you are looking for a place of admonition, you should attend burial of the death ones and once you participated in the burial of the death and your faith is still very weak then you have to search your conscience.

“We are happy for the late Hajia because she had ended well by virtue of comments and remarks many people have made over her ways of life and we can also attested to those remarks because we were closer to her before she died.

“One of our Islamic scholars used to tell us that death will never harm those who are pious and have enjoyed Allah’s mercy, therefore death will certainly be a resting place for that categories of Muslims and we are happy that late Mama is one of them” he stated.

Speaking on behalf of the family , the eldest child of the deceased, Abdulrazak Musa described his late mother as a philanthropist that has impacted positively on the lives of many people who are less privilege and members of family as well as relations.

“Our late mother is a philanthropist that took her time to help people irrespective of religion and tribes. She is always willing to help and people do come to her and she help them , so from what she had done as a philanthropist we the children will continue from where she stop so that her legacies can be sustained by the family.

“Most often than not she put God Almighty first in whatever she do meaning she has fear of God at heart and we will like to emulate this virtues as our guide” he said.

Meanwhile, Late Hajia Zainab Oremeyi Musa retired as a Director at Kogi State Universal Basic Education Board (SUBEB) and died on the 13th of January , 2021 at the age of 67 years.