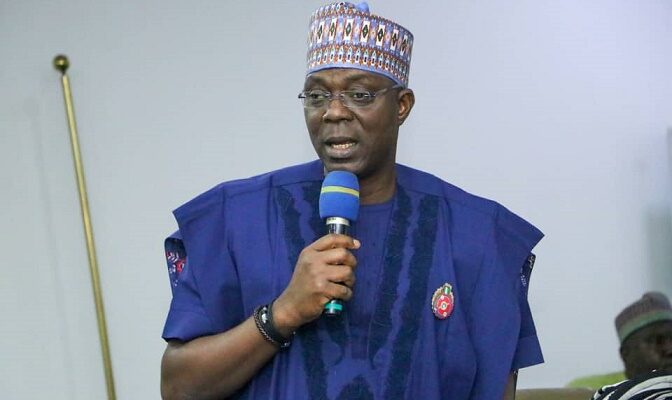 2023 Reps Race: Kolawole’s Macabre Dance and His Many Troubles

…the laughable Indictment of Funsho Otu.

In an ungodly and inordinate manner, Prince Matthew Kolawole has began to pick up fights with individuals he sees as stumbling blocks to his much rumoured sinisterly conceived 2023 Kabba/Bunu/Ijumu House of Representatives ambition.

Just like a shameless marauder and a dog that has gone berserk and has lost touch with the command sound of its owner, Kolawole has taken the fight to his boss, Alh Yahaya Bello, on whose mercy and goodwill he is serving his forth year as the Speaker of Kogi State House of Assembly even when he doesn’t deserve such an exalted office in view of his shameful outing in the 2019 National Assembly election when his party APC woefully lost to PDP in the Senate and Reps contest in Kabba in a manner that suggested that Kolawole sold out his party interest for personal benefit.

He has ignored all signs and body language of the governor as he continued to wage war against the governor’s interests. Most recent is his audacious call to question of the wisdom of the Governor for retaining him as the Speaker by recommending for removal one of the governor’s appointed State Independent Electoral Commissioners, High Chief Funsho Emmanuel Olorunfemi (Funsho Otu).

The Speaker has recently sworn to destroy Hon Funsho Olorunfemi, a fellow Owe man like himself for a reason that Olorunfemi’s loyalty and allegiance is rather to another man other him (the Speaker).

Suddenly, Kolawole’s rubber stamp Assembly has realised that Olorunfemi is too ‘political’ to hold the office of SIEC Commissioner, and as such are making frantic but obviously fruitless effort to undo what they did earlier by giving a nod to his recommendation for appointment by the Governor.

The ignoble report of the House committee commissioned to investigate the allegations against Funsho Otu is a testimony of not only a hatchet job but also a job done without wisdom and sense.

In that report, the committee has alleged that Funsho’s activities has promoted conflict and tension in Kabba/Bunu and one begins to wonder the mechanism employed by the committee to arrive at this lies.

Until recently, that Kabba/Bunu was thrown into political turmoil due to the activities of the Speaker himself during the July 31st APC Ward and Local Government Congress, the local government has being very peaceful and calm. One begins to wonder if it is also fundamentally necessary for the House of Assembly to drag itself into such a shit just to satisfy the inordinate drive of its Speaker to settle political scores with his perceived political foe.

The report in part reads:

“…the committee also noted that the illegal participation of Mr Funsho Olorunfemi in political activities in Kabba/Bunu Local Government Area and Otu Ward has resulted in chaotic situations in the area”.

Prince Kolawole’s 2023 ambition is already feathering discomfort among the party hierarchy in Kabba/Bunu which may be too expensive for the party to contain. This is not however unconnected with the desire of the Speaker to bulldoze his way to power beyond 2023. The rank and file of APC in the Local Government are however much aware of his roles in 2019 and has sworn not to reward such act of treachery against the party.

It is about time the governor and party hierarchy in the state calls Kolawole to order before he throws our party into crises moreso that it has being rumoured that that there are plans for him to abandon the party should he fail to clinch the party 2023 House of Representatives ticket.

A stitch in time they say saves nine.