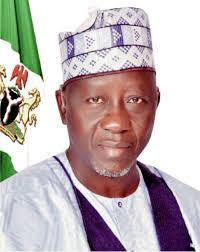 Members of the North Central Progressives Alliance (NCPA) have endorsed the All Progressive Congress (APC) National Chairmanship candidature of Senator Umaru Tanko Al-Makura who is currently representing Nassarawa South in the National Assembly.

This was contained in a communique issued at the end of a 1-Day National Conference of North Central Progressives Alliance (NCPA) held on Tuesday which was made available to newsmen in Lokoja.

The group noted that with his past experiences in party administration, impeccable administrative credentials, astute political pedigree and a unifier of many years standing, Senator Al-Makura is the right man NCPA is supporting as the next National Chairman of our great party (APC).

“The North Central Progressives Alliance therefore, implored other aspirants in the zone and APC stakeholders across the zone to rally supports for Senator Umaru Tanko Al-Makura in the spirit of oneness, brotherhood and the progress of North Central.

ALSO READ:  THE PASSAGE OF LOCAL GOVERNMENT AUTONOMY BILL BY KOGI STATE HOUSE OF ASSEMBLY, A TRIUMPH FOR GRASSROOTS DEVELOPMENT.

The group stressed that the zone has been terribly invaded by unknown gunmen, and suffered political marginalization since the inception of the 4th Republic.

The group therefore resolved that there’s the need to come together as one people to form a formidable team that can continue to rise and speak for the interests of the good people of the North Central Zone.

The group also unanimously resolved that Nigerian government and the law enforcement agencies should as a matter of urgency take the security of North Central States and FCT with utmost importance.

“Considering the contributions of the North Central to the fortunes of APC right from inception, NCPA strongly deem it right for the position of the National Chairman of the party to be exclusively zoned to North Central.

“Since two major national positions of the President of the Federal Republic of Nigeria and that of the Senate President are currently in North West and North East respectively, NCPA has no option than to agree with majority of North Central party faithful, gladiators and political leaders insistence on the zoning of the National Chairmanship position of the party to the North Central zone,” the statement added.