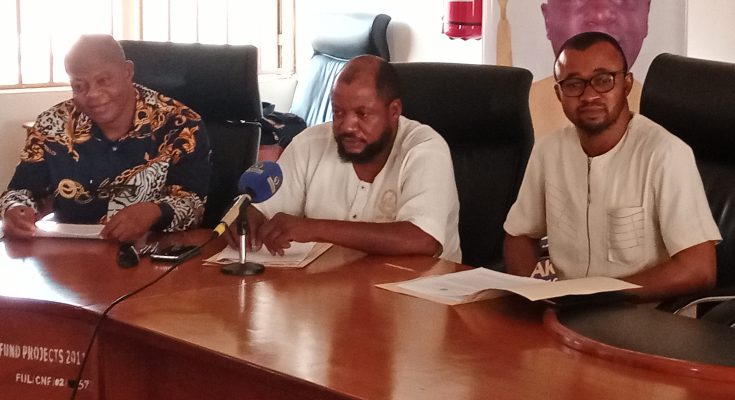 Academic Staff Union of Universities (ASUU) has called on well-meaning Nigerians to intervene in the ongoing face-off between the union and the federal government over the issue of University Transparency Accountability Solutions (UTAS) and IPPIS mode of salary payment to end strike.

Amokaha who accused the federal government for paying lip service to the issue of UTAS and IPPIS mode of salary payment , noted athat the government have not demonstrated any meaningful seriousness in addressing the issues that led to the current strike action .

According to him, the National Information Technology Development Agency (NITDA) was directed by the federal government to carry out integrity test on the University Transparency and Accountability Solution (UTAS) platform, lamenting that the report submitted by the agency to the Minister of Communications and Digital Economy Isa Pantami indicated that the UTAS platform failed some fundamental test cases.

He noted that ASUU in its response to the issues raised in the report , observed that some of the test cases reported as failed by the agency were not valid in the platform, stressing that the action of NITDA shows that it was a deliberate act to rubbish the UTAS platform base on their selfish interest.

“This action of NITDA gave rise to several questions relating to the level of patriotism on the part of the people in charge of NITDA. What are their intentions and what do they want to achieve by working round the clock to discredit a platform that has scored 99.3 percent by their own technical team in a clear view of observers?

“Why do they want to sacrifice this great nation to achieve selfish objectives? Why are benefactors of IPPIS so scared of allowing UTAS to replace IPPIS even when it has been proven beyond reasonable and unreasonable doubts that IPPIS is a scam?

“When will the leaders of this country allow the country to start working toward its real independence? It will be necessary at this point for Nigerians to ask for the same result for IPPIS. The claim that a software which scored 99.3 % is not fit for use is not only questionable, callous and reprehensible, but it reinforces neo-colonialism and its associated asymmetrical dependency.

“The action of NITDA gave rise to several questions relating to the level of patriotism on the part of the people in charge of NITDA. What are their intensions and what do they want to achieve and why do they want to sacrifice this great nation to achieve selfish objectives” he queried.

He pointed out that the renegotiation of the 2009 agreement was the main reason for the strike, stressing that the insistence of the government on deploying IPPIS to starve and subject members of the union to untold hardship was a ploy to distract the union from their original goals.

He queried government for delaying the deployment of UTAS a known and efficient Nigerian designed alternative that has passed all tests and went for IPPIS that was never subjected to any type of test.

The union urged the federal government to wake up to its responsibility and desist from paying lip service to patriotism and allowing strikes to ravage the entire national economy.