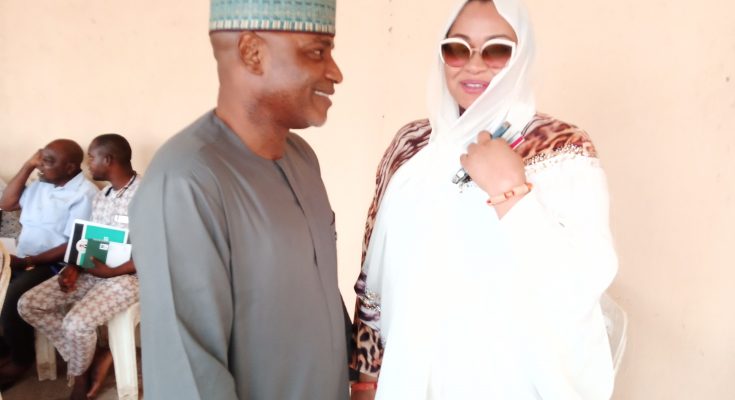 Akpoti-Uduaghan defected from the Social Democratic Party (SDP) to PDP few months ago to vie for the position of senate.

At the end of the primary election held in Okene the headquarters of Kogi central senatorial district that lasted for four hours, Barrister Natasha Akpoti Uduaghan emerged winner of the election by scoring 159 votes out of 173 votes casted.

Announcing the result , the returning officer of the primary election Mr Mohammed Hassan, disclosed that 173 delegates from Adavi, Ajaokuta, Ogori-Magongo, Okehi and Okene LGAs were accredited for the election.

Hassan while declaring the result revealed that one vote was invalid and 172 votes was counted as valid votes.

The returning officer thanks all the stakeholders to contributed in one way or the other for the successful conduct of the primary election.

Addressing newsmen after her victory Barrister Akpoti Uduaghan dedicated the victory to God and the people of central senatorial district who have been supporting her during elections.

Speaking on the complain of those aspirants who withdraw from the race , she said there is room for appeal for any aggrieved aspirants to lay his complain and promised to work for the victory of the party in all the elections come 2023 .

Meanwhile six out of seven senatorial aspirants of the People’s Democratic Party (PDP) on Wednesday petitioned the national Secretariat of the party over manipulation of the deligates list by the state chairman of the party, Engr. Sam Uhuotu.