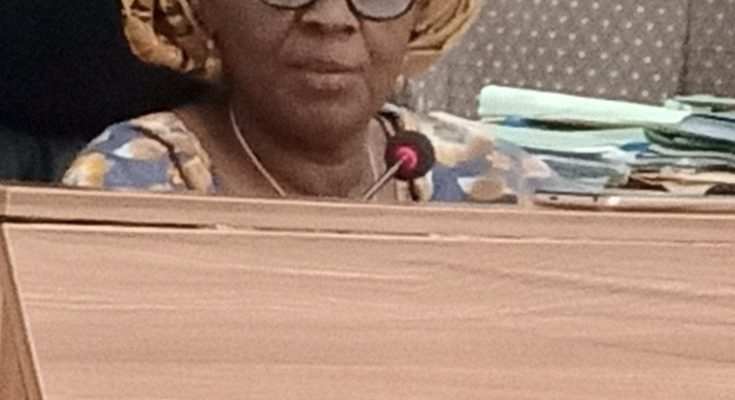 Speaking on the effort of the management of the university in curbing cultism and other security challenges, the Vice Chancellor, disclosed that the institution procured two vehicles for the security unit and one for the Chief Security Coordinator to facilitate operational movements in and around the campus.

She added that the effort was able to tackled all forms of cultism to the barest minimum , saying students and staff who in the past live in fear as a result of activities of cultists now move about in the campus freely.

Professor Tenuche noted that the present administration has improved in it’s internally generated revenue adding that the issue of sex for mark, examination malpractice and other vices the are inimical to the development of the institution have been nipped in the bod by the present management of the university.

Prof Tenuche who is the 5th vice chancellor of the University while speaking on the performance of the institution at Nigeria Law School , stated that in the last three years (2019,2020 and 2021respectively) the faculty has produced three first class graduates, a feat she attributed to quality of teaching , research and learning in the faculty and the entire university.