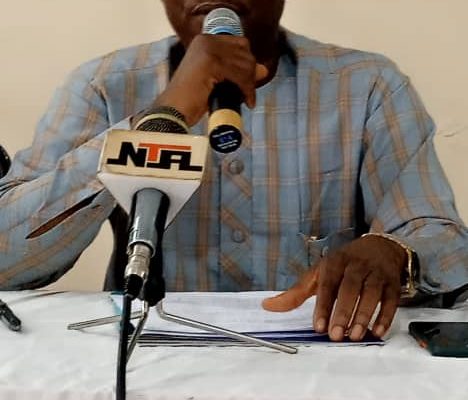 Kogi Govt harps on all-inclusive and participatory system of governance.

Kogi State Government has reiterated its commitment to an all-inclusive and participatory system of governance.

The State Commissioner for Finance, Budget, and Economic Planning, Hon. Asiwaju Idris stated this during the occasion of the Stakeholders Town Hall Meeting on 2022 Budget, in Lokoja.

The Commissioner who was represented by the Permanent Secretary of the Ministry, Mallam Jimoh Mohammed welcomed stakeholders and other participants to the all-important event.

In his remark, the Commissioner said that ‘ engaging citizens on budget formulation is in line with the best practices around the world, hence its adoption. He noted that this practice has in no small measure contributed to the developmental efforts of the state government.

According to the commissioner, the advantages of citizens’ engagement cannot be overemphasized. He said the program has earned the state the best-performing state in the North Central on transparency and accountability and 7th position among the 36 States of the federation.

Describing the stakeholder’s meeting as one of the most transparent policies of the present administration, Hon. Idris said a lot of improvement has been achieved in the budget process including the public disclosure of documents on the state official website as well as the ministry’s website.

This he said, includes the
approved budget, the revised budget, citizens budget, and its versions in local languages of this state which is said to be the first of its kind.

The audited financial statements such as MTEF and MTSS for 9 pilot MDA’s and quarterly budget performance reports are also included on the state official website.

While commending the efforts of His Excellency, Alh. Yahaya Bello, for his people’s oriented programs and projects across the state, the commissioner assured stakeholders that the present government will continue to embark on projects and programs that will stimulate growth and development in the state.

The Commissioner for Youths and Sports, Hon. Idris Danjuma praised the governor for delivering on his promises to the people of the state.

Hon. Danjuma said the government has provided enabling environment to be able to organize a stakeholders meeting.

While calling on stakeholders and interested participants to partner with the state government, in sporting activities, the commissioner said the government is opened to support that will boost the economy and increase the revenue generation of the state

Also speaking at the program, the permanent secretary, office of the Accountant General of the State, Mr. Elijah Evenemi urged participants to contribute meaningfully to the discussions, assuring that His Excellency Alh. Yahaya Bello is open to the citizens and said their inputs will form the basis of the budget formulation.

In Her goodwill message, the Vice-Chancellor of the Prince Abubakar University Prof. Marietu Tenuche represented by Deputy Vice-Chancellor Academics, Prof T. F. Atadoga applauded the initiative of the present administration in engaging its citizens and stakeholders on the budget formulation. The Vice-Chancellor said the meeting is a confirmation that the government listens to the plights of the people and is ready to address them. She however appealed that Education should be given a reasonable consideration in the 2022 budget.

The Executive Secretary Kogi State Health Insurance Agency. Dr. Aledare Adekunle, said apart from the construction embarked upon by the state government in the health sector, the ministry of health has a budget line captured in the Ministry of health.

Dr. Aledare who lauded the governor for establishing Kogi State Health Insurance in 2019, said the purpose of its creation is to provide equitable access to the people of the state to achieve universal coverage.

The Executive Secretary also said the State government apart from creating the agency, funded the agency to enable it to perform its mandate.

He disclosed that the state government paid a commitment fund of 100 million naira to guarantee the state benefits from the Federal Government Basic Health Provision Fund.

According to him, Kogi state is one of the states that benefited from the Health Care Provision Fund which he says covers about 31, 491 indigents and vulnerable persons across the state.

Speaking further Dr. Adekunle said the state Health Insurance Agency has been able to employ vulnerable people which include pregnant women, children under 5 years, the poorest of the poor, the elderly above 65 years of age, and people living with disabilities.

He also said the agency has enrolled 131 vulnerable persons across the 239 wards. All these he said wouldn’t have been possible if the state government has not established the Health Insurance Agency.

His Royal Majesty, the Ohimege of Koton-Karfe Alhaji Abdulrazak Isah Koto, who was represented at the event by His Royal Highness Sanniji, in his goodwill message also commended Alh. Yahaya Bello for not just renovating the hospital in Jegu Egba but building a befitting cottage hospital and also upgrading the stool of traditional ruler of Jegu- Beki from a 3rd class to a 2nd class status.

In their various contributions, the Civil Society Organizations commended the consistency of the program and prayed it should be sustained.

Chairperson, Kogi NGOs Network ( KONGONET), Idris Muraina said he was happy to know that Kogi is making Nigeria proud in terms of transparency.

He however recommends that the budget performance of previous years should be disclosed.

The Executive Director , Conscience for Human Rights and Conflicts Resolution, Mr Idris Miliki also commended the organizers of the programme and urged that such programme should be sustained.

He pointed out that it’s high time the government of the state review its relationship with the Dangote cement Industry in respect of infrastructural development in the state.