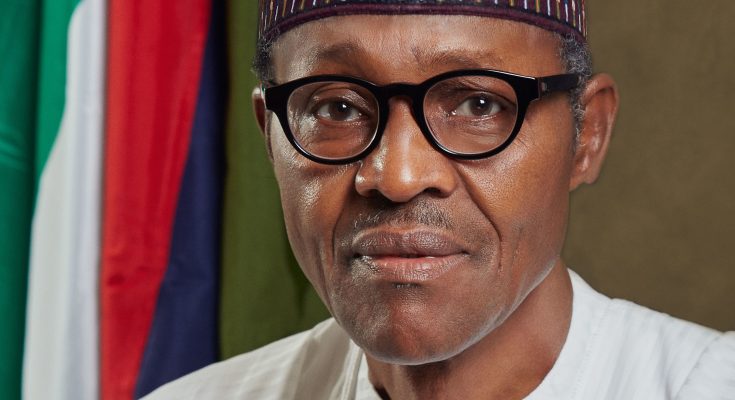 The Conference of Northern States Civil Society Networks, has appealed to President Muhammadu Buhari, to urgently address the increasing insecurity, social/economic and other governance issues in Nigeria

The Conference of Northern States Civil Society Networks is a forum of states based civil society networks operating in the Nineteen Northern states of Nigeria.

The establishment of the platform was conceived in 2017, and inaugurated on 28th March, 2021 as a regional network of non-governmental, non-partisan, not for profit, non-ethnic and non-religious platform, with the sole objective of advocating for the best practices of democracy, accountable governance and increased development of Northern Nigeria and beyond through policy influencing, cooperation and team work.

The chairmen of the coalitions from the nineteen northern states in a statement, noted that the threat to security of lives and properties in Nigeria has in recent time been on the rise and is gradually consuming Nigerian commuters across various major roads in the country, particularly in the Northern parts.

They regretted that the continuous activities of bandits, kidnappers and Boko Haram in many Northern States, such as Borno, Niger, Kaduna, Zamfara, Sokoto, Katsina and others, have adversely affected the economy of people in those states.

“Many lives and properties have been destroyed. In addition to this, thousands of people have been rendered homeless, and many communities destroyed. Farming activities which remain the major preoccupation of the inhabitants of those states, was rendered almost impossible, especially during the last rainy season, while educational and healthcare activities have been paralyzed and halted at some instances.

“It is also important to draw the attention of the Federal Government on the increasing crisis of farmers/herders in places like Benue State, which resulted in the number of persons displaced. The nonchalant attitude of the Federal Government in Benue State herders/farmers crisis, would not augur well, and political differences should not give political leaders the right to jeopardize the lives of the citizenry.

“While we appreciate the untiring efforts of our gallant armed forces, it is imperative for the Nigerian armed forces and Nigeria police to enhance their cooperation and improve their synergy, to proactively combat the terror of these evil people by taking the fight to their dens. Similarly, we equally advocate for a holistic approach that would sustain the military campaigns, and at the time employ a non – military campaign strategy to achieve the much needed stability in the country.

“Your Excellency, sir, we wish to register the concerns of the Nigerian citizens on the proposal to remove fuel subsidy in Nigeria by 2022. We acknowledge that, petroleum sector contributes substantially to the Nigerian economy; nonetheless the prospective benefits are diminished due to the practice of significant subsidies on imports of petroleum products.

“However, subsidies on imported petroleum products are considered to be an important strategy which keeps fuel prices low and the cost of living. We must therefore acknowledge that, the proposal for the removal of subsidy on fuel is certainly one of the most contentious socio-economic policy issue which deserves a second thought, considering how critical the time is, as many households could not feed or cater for the immediate needs of their families, due to the high cost of living, and increasing inflation.

“Nigerians are dying slowly due to rising cost of living as the country’s inflation hits a 4-year high by more than 18 percent in March, with food prices going high by almost 23 percent high-ceilinged prices.

They noted also that the rise in joblessness has also left a third of Nigeria’s workforce unemployed at the end of 2020, saying that this is a figure released by the National Bureau of Statistics.

“The World Poverty Clock reports that at the latest count, Nigeria had 43 percent of its population that is over 90 million people living below the poverty line of less than $1.90 per day, therefore fuel subsidy removal at this hardest time in Nigeria, is nothing but an invitation to a higher level of poverty and social insecurity.

“One of the conservative projections is that another 30 million Nigerians could jump into poverty, as they may not be able to feed or cater for their families due the high rise in inflation that may be orchestrated by the removal of fuel subsidy. And according to some business leaders and financial experts, curbing inflation and tackling high transportation costs, rising cost of energy and logistics are key factors to rebooting the economy, and ironically these are some of the ensuing outcomes of a non-oil subsidy regime in Nigeria.

“It is our honest submission that removal of fuel subsidy could only be perceptible when our refineries are fixed and operate maximally or they are privatized to allow private business to own and operate them. Nigeria must have the capacity to refine its products, at least for local consumption

“In 2019, the labor participation rate among the total population aged between 15 and 65 in Nigeria amounted to around 56.66 percent. The youth unemployment rate in Nigeria also increased to 53.40% in the fourth quarter of 2020 from 40.80% in the second quarter of 2020, as released by the National Bureau of Statistics.

“Sir, these unemployment indices are really scary, dangerous and a potential threat to our corporate existence, national security and unity. And are also capable of endangering our democratic governance, unless something tangible is done very quickly to bridge the ever widening social disproportion amongst the Nigerian citizens.

“It is therefore our submission that your Government must concentrate more in creating job opportunities for the youths through a comprehensive and fully funded entrepreneurship programme that will allow every young Nigerian to benefit from the scheme, regardless of tribal, religious, regional, gender or educational paper qualification.

“Sir, as the country is steadily drifting into more economic difficulties due to high inflation, we are of the opinion that, one of the practical avenues to be exploited is reduction of the cost of governance. The cost of Governance is comparatively one of the most expensive in the whole of Africa. The over burdening of the economy through recurrent expenditure which goes to only few in the country is outrageous.

“The payment of salaries and allowances to Government appointed and elected officials is on the high side, and detrimental to the majority of the Nigerians. Ministries, Department and Agencies with duplicate mandates are so enormous and sadly unprecedented.

“In the recent submission of the DG, Budget Office of the Federation, at the third national summit on diminishing corruption in the public sector, which was held at the State House, suggested that the number of ministers needs to be pruned, and the number of political office holders and their aides need to be reduced. This position was in line with the recommendation of the former Head of service Committee, on restructuring and rationalization of MDAs, Mr. Stephen Oronsaye who recommended that there should be a merger of some MDAs to reduce duplication of mandate and cost of governance in Nigeria.

“We therefore urge the President to expedite action to implement the White Paper on Restructuring and Rationalization of Federal Government Agencies, Departments and Commissions, and ensure that the work is accomplished before the end of your tenure. According to Stephen Oronsaye committee report submitted on April 16, 2012, there were 263 MDAs in Nigeria, and unfortunately the number is still counting as Senate and House of Reps are still busy promulgating laws to establish new agencies and commissions, despite the nominal impacts of such Commissions or Agencies to the overall development of the country.

“It is our submission that, the Federal Government should as a matter of urgency explore ways to reduce the cost of governance as well, and reduce unnecessary spending and embezzlement of public funds, and channel such funds towards the payment of outstanding workers entitlements, such as pensions and gratuities

“We wish to remind you of the devastating condition of education, particularly in the North, following the unremitting insecurity challenges in the country. Millions of school children are trapped up in conflict that results in insecurity not only of their school but equally to their lives. The child who attends school regularly is more likely to learn and become successful in life, than those who do not. Regardless of the motivation for attacks on teachers, students, and schools, the effect is really devastating and far-reaching. Parents are afraid to send their children to school, teachers are afraid to go to school to teach, and schools are shut down.

The group said education providers and government presence are being withdrawn from many unsecured communities, adding that in every respect, girls who have much more limited access to education, to begin with are typically and mostly the first to be pulled out of school because of the insecurity

“The recounting effect of the insecurity in Nigeria in many parts of the country, has not only incredibly destroyed lives and properties, but has equally exposed women and children to higher vulnerability. Many pregnant women could not access health care services and children are being denied their rights to education. It is therefore on this note, we urge the President to declare a state of emergency in the education sector, and provide a
Special Education Intervention and revival Fund, and appoint trustees that will manage the funds, for reconstruction of all schools that were destroyed due to insurgency or banditry, provide motivational support to all the teachers in those affected areas, and provide special support for school children that had undergone trauma, to help them to forget the ugly experience, and to save the sector from total collapse

“It is time for your Government to be very practical on some governance reforms in the country to ensure that the system works for all Nigerians but not for a class of few individuals. Some of the fundamental issues that need to be addressed include: enhancing the principle of participatory governance whereby majority opinions of the citizens would form part of the policy and programmes of your Government.

“Equally important is, the practice of effective local Government autonomy to reduce an overbearing influence of Governors in the Local Government Administration in the country. It is on this note; we want to strongly beseech you to give your assent to the new electoral amendment bill, to allow for a new dawn in the practice of our democracy. If this is done, the citizens shall have the rights to participate in the selection process of political party’s flag bearers through direct primaries, as well as accord the INEC the power to transmit elections results electronically. Should we achieve these practices, it would surely reduce the interference of Governors in the administration of political parties, and equally reduce the propensity of tampering with election results.

“Finally, we wish to draw the attention of the Federal Government to understand the sensitivity of the proposal to remove the fuel subsidy in 2022, its accompanying consequences and effects on the Nigerian masses, who shall practically be the victims of the non-fuel subsidy regime. The proposal to remove the subsidy at this critical economic condition, characterized by high and increasing inflation, unemployment, high cost of living, insecurity, is practically inconceivable, unworkable, ill – time and anti-masses.

They urged the Federal Government to ignore the bunch of some hired faceless political civil society organizations, who always seek to cash on a situation, not minding the consequences of their actions on the majority of Nigerian citizens.

“It is time for the Federal Government to focus its energy to address the rising inflation in the Country, and work hard towards alleviating the sufferings of the Nigerians, who slowly die in silence and agony.