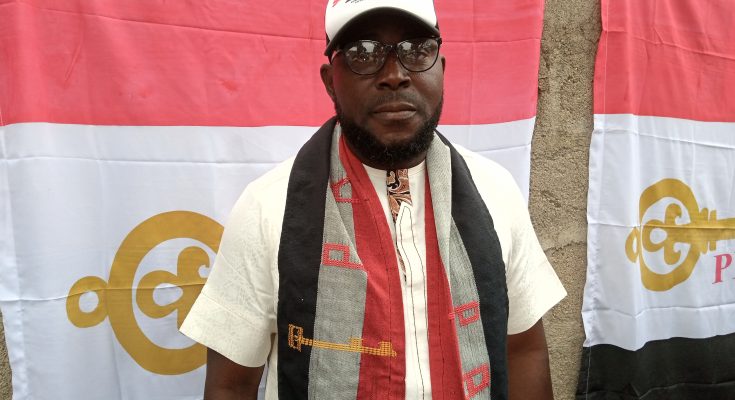 Ahead of 2023 general elections , Alhaji Abdulkadir Tajudden has picked the ticket of Kogi central senatorial seat under the platform of the Peoples Redemption Party (PRP).

The primary election which was held at the premises of Federal College of Education Okene guest house on Saturday was supervised by officials of INEC , where Abdulkadir Tajudeen emerged winner of the election through affirmation.

Announcing the result , the returning officer of the primary election Dr Emmanuel Saeeid , disclosed that 83 delegates from Adavi, Ajaokuta, Ogori-Magongo, Okehi and Okene local government areas were accredited for the election.

Dr Saeeid while declaring the result revealed that four votes was invalid and 79 votes was counted as valid votes and declared Abdulkadir Tajudeen as the winner of the primary election having polled 79 votes.

“By the power conferred on me as the chairman of electoral committee and the returning officer of Kogi central senatorial primary election on the platform of PRP , I hereby declared Alhaji Abdulkadir Tajudeen as the senatorial candidate of People’s Redemption Party for 2023 general election” he stated.

Addressing the party supporters after his victory , Tajudeen promised to prioritize human development, empowernment of widows, orphans , the less privilege and provision of quality education and health in Kogi central senatorial district if given the mandate to represent the district at the national assembly.

“Another crucial area that will be my concern and focus is the resuscitation of Ajaokuta Steel company that can create enormous jobs for Nigerian youth” he said.

He expressed optimism that the party would also get victory in all the contestable positions in 2023 general election in Kogi State and charged PRP members and supporters to work assiduously for the success of the party.

He thank the state , national body of the party and other stakeholders whose effort led to the successful conduct of the primary election and promised that he will not disappoint when he becomes the senator of the district.