Home News Explosion killed one , many injured in Okene 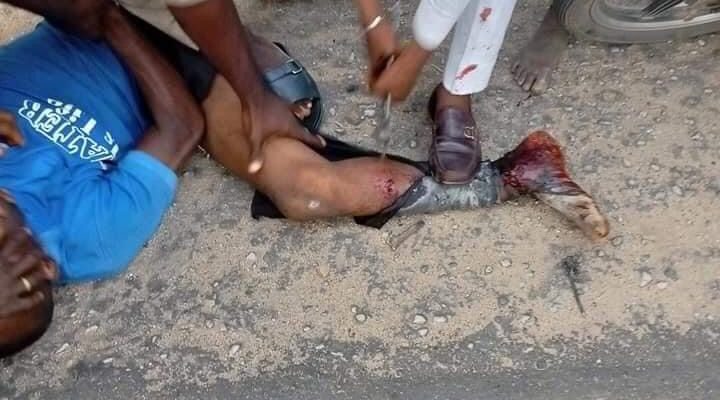 Explosion killed one , many injured in Okene

An explosion on Thursday evening claimed the life of a man leaving many others injured at Idoji area of Okene local government council of Kogi state.

One of the resident of the area who witness the incident Usman Animuko Sani stated that the explosion occurred around 6pm on Thursday evening when some people including masquerades gathered to celebrate the annual Echane festival in Okene.

Sani who disclosed that the sound of the explosion affected many residents of the area, stated that a man whose name and address is yet to be identified lost two of his legs while many others sustained injuries.

He added that one of the victims of the explosion died on their way to Okengwe general hospital where the victims were taken to, for medical treatment.

He further added that on reaching the hospital some of the victims were referred to Lokoja as some of the injuries can not be handled by the medical personnel in Okengwe.

The Okene explosion occurred just few weeks of two explosions in Kabba where a woman a native of Ebira land but resident in Kaaba lost her life while her younger brother lost one of his legs.

Confirming the incident, the
Police Public Relation Officer William Ayah in a telephone conversation with our correspondent, stated that there was an explosion in Okene where some people were injured.

The PPRO who stated that unconfirmed information reaching him revealed that one of the victims of the explosion has died in the hospital.