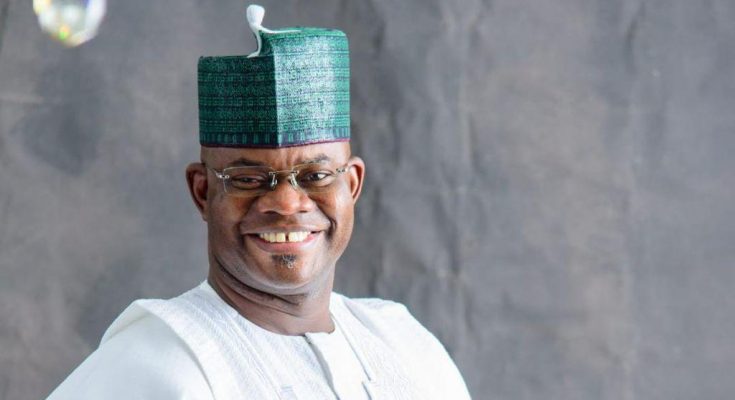 The Forum of Former Local Government Political Appointees of 21 Councils of kogi state has called on Governor Yahaya Bello to contest the 2023 presidential Election to salvage the country from its current predicament.

At a press conference held on Tuesday in Lokoja, the Secretary General of the forum, Comrade Muhammed Idris Omale , said the call become imperative for his tract record in tackling infrastructures deficit, insecurity and his ability to unite diverse ethnic tribes in the state.

He said “having considered the political situation pervading the country, the forum which consists of 512 members across 239 wards who served between 2013-2016 , deemed it necessary to use resources within her power to compel him to run for the presidency for the sake of suffering NIgerians”.

Hon.Omale, stated that the transmutation of Governor Bello to presidency would put an end to Boko Haram insurgency, Banditry, kidnapping and all other forms of criminalities based on the manners he is handling security situations in Kogi state.

The forum added that his ruthlessness with criminals in its ramifications has made Kogi State the most safest and peaceful state in the country.

He explained that Gov. Adoza Yahaya Bello has shown to the world that he is capable of uniting this nation, as his cabinet is made up of men and women and different ethnic nationalities from different parts of this country .

“Aside the inclusion of the youth in his cabinet and appointment in various sectors of the state, he has been able to surpass the much hyped 35% women affirmative action, which made him the first Governor in Nigeria to achieve the feat.

” As a matter of fact, he has been able to turn around the infrastructural development of Kogi in the area of education, health, road construction, provision of portable water among others . Without mincing words, his developmental stride is unprecedented in the history of Kogi State.

“Having done these in barely six years of his administration, we cannot wait any longer to call meaningful Nigerians to support this all-important movement aimed at moving this nation to greatness.” The forum solicited.