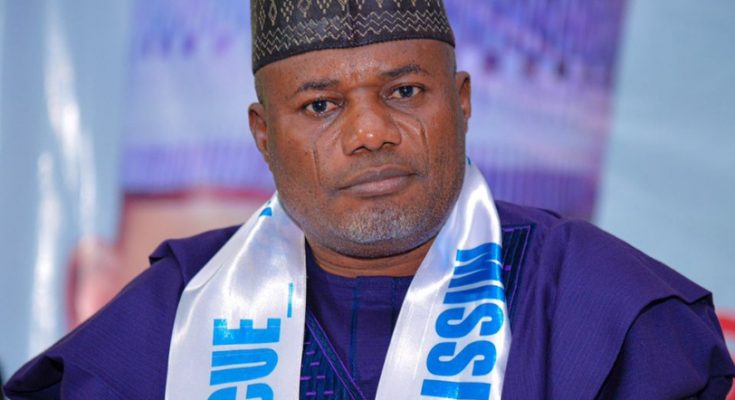 Hon. Danladi Suleiman Aguye has picked the ticket of House of representatives for Lokoja and Kogi Federal Constituency on the platform of All Progressives Congress (APC) ahead of 2023 general elections .

Announcing the result at the end of the primary election that lasted for two hours, the returning officer of the election Hon. Mohammed Abdulrasheed revealed that Danladi Suleiman Aguye scored 70 votes to clinched the ticket of the party while Hon. Idris Idakwo scored 24 and Hon. Salihu Akawu Saidu pulled 8 votes.

The returning officer commended the delegates and members of the party for their cooperation and orderliness that led to the peaceful conduct of the primary election.

Aguye a former Special Adviser to Governor Yahaya Bello on Job Creation in his acceptance speech , thanks the delegates for their support and promised that if voted at the general election to represent the constituency, he would not disappoint them.

Also in his remark, the state commissioner for solid mineral
Hon. Bashir Gegu thank Governor Yahaya Bello for creating enabling environment for the conduct of peaceful primary election of APC in Kogi state.

He described the winner of the election as a peaceful, loyal and obedient member of the party, saying he deserve to win the election by virtue of his antecedence in Kogi APC.

The Commissioner appealed to other contestants to join hands with the winner of the primary election in order to triumph at the general election come 2023.

Commenting on the election , the State chairman of APC Abdullahi Bello said that APC is one of the parties in the country that so much believe in due process, saying the delegates were allowed to vote for the candidate of their choice.

Bello expressed optimism that the party would also get victory in all the contestable positions in 2023 general election and charged APC members and supporters to work assiduously for the success of the party during any elections.