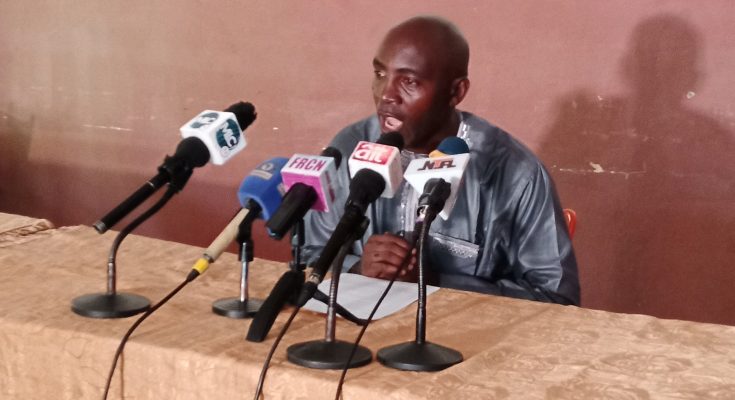 Hajia Ramatu Shehu Atta an aspirant in the last Saturday APC Primaries in Kogi Central Senatorial District has rejected the outcome of the process and called on the national body of the party to reschedule a free fair and credible election .

At a press conference held in Lokoja Tuesday, Hajia Atta who was represented by her spokesman Yusuf Adeku Abdulkadir, said the primary election was characterized by irregularities and cannot stand, urging the APC to be prepared to conduct a new primary where every aspirants would be given a level playing ground.

“I had dissociated myself from the kangaroo Kogi central senatorial district primary election held on the 28th of May , 2022 at Kahal cinema Okene.

“I want prosperity and history to note that there was no room for fair play and equity. We were not given equal opportunities because the election the election was just a predetermined selection and not election process of Engr. Abubakar Sadiq Ohere” she stated.

Atta who also expressed shock over the appointment of Alhaji Yahaya Karaku an appointee with Kogi state government as the Returning Officer, said the appointment has contravened the APC guidelines and described it as a gross aberration of the rules.

“I am heading to the appeal committee of the party to tender my complaint over the gross irregularity perpetrated by illegal returning officer who is a political appointee, he had bridged the rule making the election unlawful and unconstitutional.

“There was no accreditation, we were never allowed to meet with the delegates, the election was flaws with enormous irregularities from the beginning to the end of the exercise and such primaries can not hold any where in the world.

She however called on her teeming supporters to remain calm despite the obvious manipulation and urged the party to create a level playing field for the people to choose their preferred candidate.

The aspirant described the results published in the social media as fictitious and laughable with imaginary votes allocated.