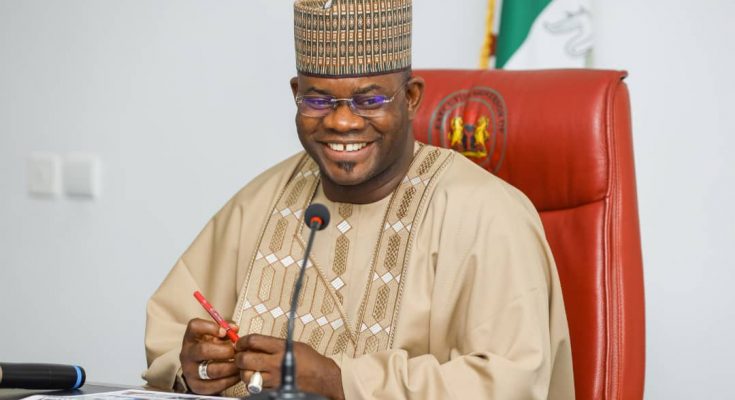 Kogi State Governor Alhaji Yahaya Bello has expressed satisfaction over all the projects executed in Lokoja by his administration and promised to provide more projects for the state.

The governor who was visibly in a joyous mood having gone round Lokoja the state capital to inspect the level of completion of some projects in the state on Thursday, said that his administration placed premium on quality execution of projects that will satisfied the needs and yearning of the people.

Addressing newsmen at Kogi State Specialist Hospital Lokoja, the former presidential aspirant under the platform of All Progressive Congress (APC) stated that precisely in October last year, he at the same spot interviewed the contractor handling the specialist hospital project, but was not satisfied with the quality and pace of the job being executed.

He however said today’s visit , he was overwhelmed by the high quality of the project executed and promised to do more for the state.

”Today, June 30, 2022, I have come back to inspect the same job again here at Kogi State Specialist Hospital, and I am highly satisfied with the quality of job done.

”GYB stands for standard and quality, and you can only use quality and standard to describe GYB.

”So, today we have a remodeled Specialist Hospital, manned by a competent Chief Medical Director (CMD), Prof. Isah Adagiri Yahaya and all of his other team in the hospital” he stated.

The CMD is doing very well and all his patients, as well as the doctors, nurses and other supporting staff are doing well. I am satisfied with their collective performances.

In his remark , the Chief Medical Director Prof. Isah Adagiri Yahaya attributed the successes recorded in the hospital to the commitment , hardworking and the desire of Governor Yahaya Bello in ensuring that the state has a befitting hospital that would satisfied the health needs of the people of the state.

The CMD disclosed that the Governor has given express approval for the employment of more doctors and other supporting staff, saying the hospital can boast of 14 different specialities in medicine.

“Presently we have about 50 doctors in the hospital and the governor has graciously approved the employment of more doctors and he has also promised to provide us with city scan and Advance Life Support Mobile Clinic because of its need in the hospital” he said.

He commended the governor for his support and concern for the health sector in the state and assured that the hospital would provide better services, saying the hospital has already been expanded for a complete specialist hospital.