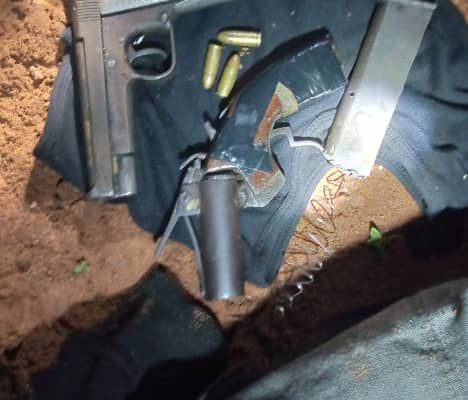 Two suspected kidnappers have met their Waterloo during a gunduel with security operatives in Idah Local Government Area of Kogi State.

In the operation two others escaped with different degrees of bullet wounds.

According to reports, the kidnappers have unleashed havoc within the area of their nefarious operations and security operatives had been on their trail.

Confirming the killing of the kidnappers, the Chairman Idah Local Government, Hon. Abuh Odoma stated that with the support received from the State governor, they have not relent in their effort to secured victories over some of the miscreants.

Odoma stated that they were committed to ensuring that as declared by the State governor in their several meetings, every nooks and crannies of Kogi state must be safe and secured.

In his comment, the State Security Adviser, Commodore Jerry Omodara stressed the need for continued vigilance by citizens particularly those within the rural communities.

He added that the business of security was such that required collective responsibility by every stakeholders, seek that all hands must be on deck to ensure that the entire state was permanently rid of criminal elements and their sponsors

He concluded that the state government under the leadership of Governor Yahaya Bello has consistently displayed competence and capacity in the area of security and was not resting on its oars until the end of his tenure in the state.