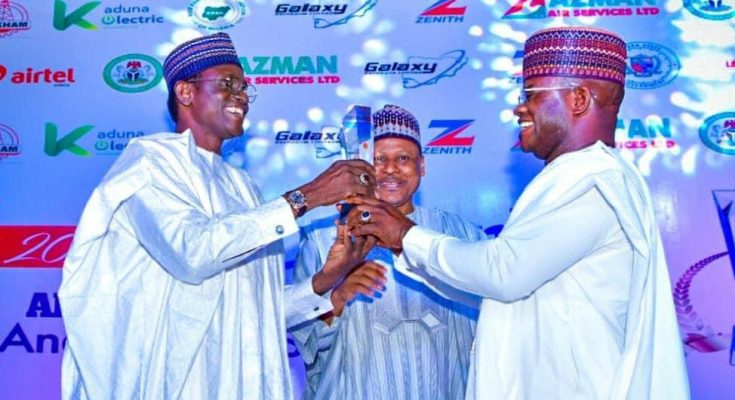 Kogi State governor, Yahaya Bello has said that the youths in the country will set the agenda of this nation for the All Progressives Congress Presidential Candidate , Senator Bola Ahmed Tinubu when elected as the next president of the country, saying that the youths own the future.

Governor Bello who stayed this at the 2021 Blueprint Annual Public Lectures and Impact Series/Awards held Tuesday in Abuja noted that Senator Tinubu has the pedigree and capacity to lead the country out of its current socio-economic woes.

“Today we have the presidential candidate of the All Progressives Congress, in the person of Bola Tinubu, you can hate him, but you cannot take his achievements and successes away. He has touched majority of all the candidates we have today.

“As Nigerian youths, we will be setting agenda for our next administration, the administration of Bola Ahmed Tinubu, because the youths own the future.

“Our role number one is to elect, vote that leader who you know to be able to ensure fair and equitable administration. If we elect a criminal, if you elect a liar, if you elect those who will only come to fill their pockets it will amount to nothing.

He urged the youths to elect those who have the political will to eliminate insecurity, create enormous jobs, effect massive development in the country.

Governor Bello who pointed out that the only leader that can turn the fortunes of the country for better and for the greater goods of all Nigerians is Bola Tinubu, stressed that the issue of Muslim/Muslim ticket, Christian/Christian ticket is just a sentiment to divide the country and “put us on a different trajectory that will make it difficult for us to unite this country.”

Among other awardees, Yahaya Bello bagged the 2021 Blueprint “Politician of the Year.”