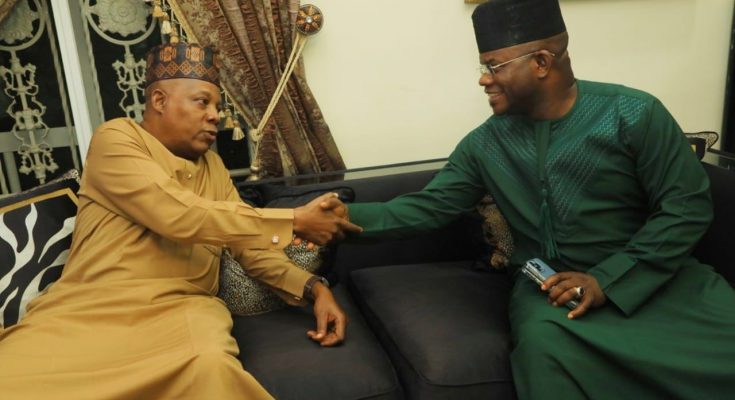 Gov. Bello greets Sen. Shettima at 56, describes him as an outstanding leader

The governor’s felicitation which was contained in a Press statement signed on Friday by his Chief Press Secretary, Muhammed Onogwu described the former governor as an outstanding leader whose capabilities were backed up by great intellect.

He added that Sen. Shettima was in the class of leaders who have proven their mettle in the private sector and public service achieving tremendous results in both sectors.

The governor acknowledged that the celebrant remained a very bold, selfless and courageous leader who led his state in the most difficult times but despite the state being under the siege of the dreaded Book Haram insurgents, his administration spearheaded giant strides in the education sector, alongside other laudable achievements in the state.

He alluded that the celebrant’s profile as an honest individual has been portrayed at different times in his political journey particularly in very critical turning points for the state noting that he had the worthy and qualified credential to serve the nation in bigger capacity.

Governor Bello joined family, friends, associates and well wishers to celebrate Sen. Shettima as he attained a new age, praying for God to grant him many more years in good health and sound mind.