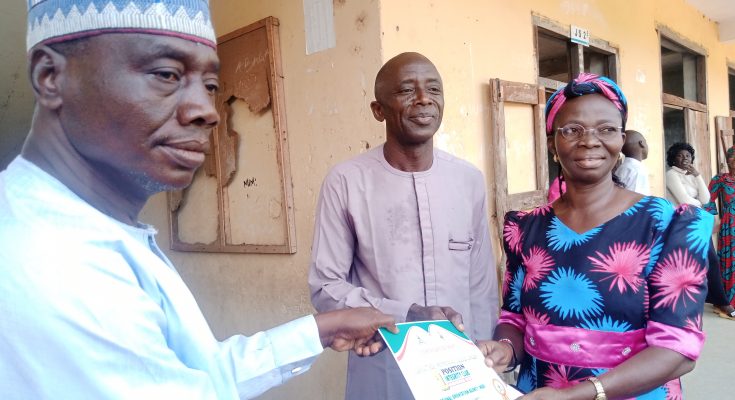 The National Orientation Agency (NOA) has called on heads of primary and secondary schools in Kogi State to intensify effort in inculcating moral values in their pupils and students in order to make them better future leaders of the country.

Ambassador Mohammed Othman Abdullah the state Director of NOA made the call on Tuesday in Lokoja during the presentation of Integrity Award to Crowder Memorial College and Bishop Delise College that came first and second respectively at the just concluded national Integrity completion organized for secondary schools across the country by NOA.

Ambassador Abdullahi who lamented that all the values such as integrity , discipline, honesty , respect for constitutes authority and social justice as contained in the country’s constitution have collapsed due to lack of adherence to the values by Nigerian youth, said the call became necessary in order to reorient the youth who are the hope and leaders of tomorrow.

“If you take a look at our youth today, there is high moral decadence and because of that the National Orientation Agency is organising value reorientation , attitudinal change , all our values have collapsed and we are vehemently calling on our teachers and heads of schools to continue preaching to them to imbibe integrity.

“Integrity is one of the important aspect of leadership that is why we believed that if we catch the students young and inculcate the values into them , they will certainly become better leaders of this country.

Speaking on the completion the NOA State Director said “This is a national wide competition and this is the second edition of the programme. It is a video drama presentation packaged by secondary schools and sent to our head office for assessment for winners to emerged.

“Every state will have first, second and third positions among the contestants within the state . In Kogi State schools were on holiday and it was only two secondary schools that participated and when it was assessed Crowder Memorial College came first and Bishop Delise came second.

He noted that the next edition will be very competitive, assuring that the agency would ensure that at least ten to fifteen schools participated in the third edition.

The Principal of Crowder Memorial College Mrs Maybel Ogunmola who was elated by the award promised that the college will do more to retain the first position during the next edition.