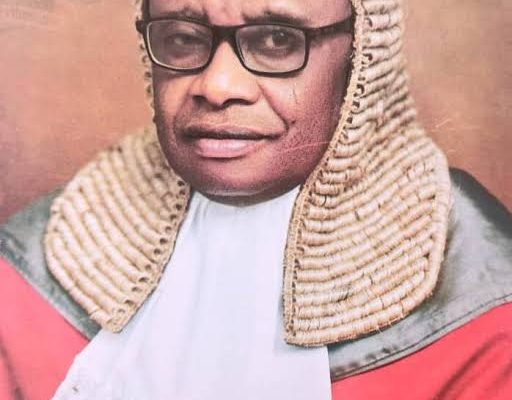 Reforms in the revenue generation process at the High Court of Justice, Kogi State, has taken its turn in the move by the acting Chief Judge of the state, Hon. Justice Josiah Majebi, to sanitize the Court.

This followed a damning report of fraud submitted by the head of the newly created Directorate of Revenue Services of the court leading to setting up of a Revenue Task Force (RTF).

Justice Majebi, on Tuesday, inaugurated the body at the Judiciary headquarters in Lokoja. RTF is to principally unravel more possible fraudulent activities in the generation of revenue by the court.

The Director of the new department, Mr. Sunday Paul, had routinely embarked on checking the account inflows of the court, in conjunction with the court’s Deposit Money Bank into which payments and fines due to the court were meant to be paid. In the course of doing that, he stumbled into a syndicated mechanism where payments to the court by legal chambers, their practitioners and other individuals manipulates the customized bank tellers and bank stamps to defraud the court.

Consequent upon the discovery, the Chief Judge vowed to stop the crime and sanction whoever is found culpable be he staff or members of the public.

In the report dated 9th November, 2022 and captioned
“Fraudulent Practice”, the Director disclosed, amongst other findings, that in his monthly reconciliation of accounts the sum of N2.4m said to have been paid into the court’s account was not paid despite evidence of payment showing same.

“On the 28th October, 2022, the sum of two million, four hundred thousand naira (N2,400,000) was paid as judgement debt revenue and bank teller was presented as evidence of payment. I went to the bank on the 7th November, 2022 to collect bank statement for my monthly reconciliation for the month of October, 2022.
Amazingly, the said N2.4million was not in the bank statement” stated the reported.

Out of curiosity, he consulted the court’s relevant department before revisiting the bank where he further confirmed that there were other similar unremitted transactions.

“In my curiosity to know what happened to the said money, I immediately informed the Process Unit where the money is supposed to come from. I photocopied the teller and I took it to the bank for verification. My verification reveals that the money was not paid into the revenue account.”

In addition, the report states that the bank teller presented as evidence of payment to the Process Unit, the Rubber Stamp on the teller and the signature on it were all fake. It says the fake signature also tallies with those of previous years as an indication of how long the fraud has been perpetrated.

As a result of his recommendation that the fraud be immediately investigated, the RTF was constituted
and given two months within which to turn in it’s report.

The CJ who said the matter was already before the police for thorough investigation charged the body with the major task of unravelling similar or any other form of fraud being perpetrated in
all other revenue generating entities at the headquarters and all courts across the state.

“We are inaugurating this Revenue Task Force (RTF) to urgently verify all payments allegedly made to the High Court of Justice in the last two years. This ad-hoc Task Force will move to all revenue generating departments and all the courts in the State, it will verify all payments made and under what subheads; scrutinize available records and determine whether there are supposed to be records where there are none; confirm, or not, payments made to the court during the period and their worth; analyze all bank documents, including deposit tellers and recommend appropriate remedial actions to be taken.”

The RTF is to commence its work immediately as
the CJ emphasized that anybody found wanting would be sanctioned and handed over to the police for necessary legal action.

He demanded credibility and honesty from management and staff of the court saying that the institution must be preserved for both present and future generations.

“We are all stakeholders in this project called Judiciary. Let us be vigilant and honest. Let us not try to destroy it or be assisting others to destroy it. People were here before us who maintained it and we must leave it devoid of rots for incoming ones too. Let us eradicate all forms of fraudulent practices for the sake of this and next generations” he requested.