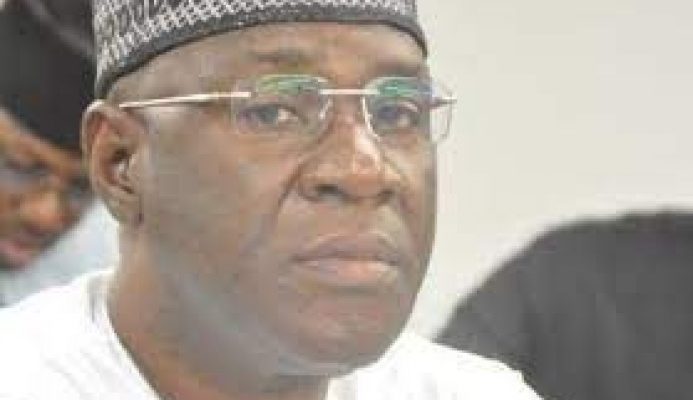 2023: People of Ajaokuta Steel Territory Will Not Fall To Your Deceit Anymore – Elder statesman Tells Lawmaker.

The elder’s warning is coming on the heels of the lawmaker’s purported plan to site constituency projects across estates within the Ajaokuta Steel Territory five months to the expiration of his tenure as federal lawmaker.

He described the promise as another lie by the Lawmaker which can never be fulfilled.

Recalled that Hon. Lawal had in a letter dated 2nd November, 2022 and addressed to the Sole Administrator, Ajaokuta Steel Company Limited, appealed for permission to enable him site constituency projects across estates within the steel territory.

This Elder Akamson said the lawmaker has failed to reciprocate the people’s overwhelming support for him in 2015 and 2019.

The projects the Lawmaker intends to execute include;
– Supply and install 300kva transformer at rakaform estate

– Drill boreholes, construction of overhead tanks and station at SAE, FFN, FEN ROGERS, TOWNSHIP ROGERS ROUND ABOUT, PYN, ASCO B-B to mention among others .

But in a statement issued by Elder Akamson which was made available to newsmen in Lokoja on Friday, the community leader of Ajaokuta federal constituency and resident within the Steel Territory, described the letter titled: ” Passionate appeal/permission to site Constituency Projects Across Estates within the Steel Territory”, seven years after serving in the National Assembly as another calculated attempt to deceive the people by the Lawmaker.

Elder Akamson expressed happiness that Hon. Lawal in his letter acknowledged that the people of the Steel Territory overwhelmingly voted for him in 2015 and 2019 general elections reason why he is seeking to site the constituency projects across estates within the steel territory to reciprocate their past gesture.

The elder statesman posited that Hon. Lawal can no longer fool the people again, wondered why he has to wait for the remaining five months to the expiration of his inglorious representation before realizing that he has failed to impact on the lives and community having accepted that they overwhelmingly voted for him on two different occasions.

According to him, “how can a man who could not attract a single project in seven and half years complete the aforementioned listed projects in five months if not for deceit”

He however said the people of the federal Constituency are already used to the many lies of Hon. Lawal, and would not fall for his antics this time around.

Elder Akamson called on the people not to be swayed by the deception, urged them to vote for sincerity as shown by the APC Flagbearer, Barrister Sanni Egidi Abdulraheem for the progress of the Federal Constituency, a Constituency he mentioned has suffered in the last seven years under Hon Lawal Muhammadu Idirisu.

The Elder statesman described the two terms of Hon. Lawal in the House of Representatives as a disaster, a waste and years of the locus, pointing out that leopards don’t change it skin, reason why such appeal by the Lawmaker after seven years of no movement, no motion, remains null and void, having failed in all ramifications of his representation.

The Elder statesman wondered why the sudden realization by Hon. Lawal that has now made him want to site Constituency projects in and across the Estates within the Steel Territory when in 2015 and 2019 having gotten the peoples votes, failed to even return for once to greet them and to say thank you for their support in voting for him.

“Is it because he is seeking for the peoples support again that Hon. Lawal just realized that he wants to site Constituency Projects in the Estates.

“Which Estate has Hon. Lawal visited in the last seven years just to say thank you for your support since 2015 till date. Is it because he wants to rob them again that he suddenly discovered that he has to write them and to promise them Greek projects when he has never appreciated them for once before thinking it is projects that he will deliver to them.

“For the avoidance of doubt, let it be placed on record that Barrister Sanni the APC Flagbearer has in the last seven years, gotten series of approvals from ASCO to site projects in the area even though he was not elected.

Similarly, let it be made known that Barrister Sanni has equally received several letters of commendations from ASCO for his unprecedented infrastructure and Community Development efforts, yet he was never elected.

Hon. Lawal should therefore come to terms with the fact that he has reached his bus stop of deceit and to know that his failed antics having failed the people in representation, with no record of any bill or motion sponsored on the floor of the House to his credit as Representatives, neither has he made any impact in projects execution, would be allowed to fool the people for another time.

Elder Akamson said enough is therefore enough to this ungodly and inhuman form of representation, assuring that the people of Ajaokuta Federal Constituency would not fall prey again to the many political lies of Hon. Lawal.

As to why Barr. Sanni Egidi Abdulraheem remains the preferred candidate for Ajaokuta Federal Constituency come February election, Elder Akamson listed achievements of empowering widows, award of scholarship for indigent students through the payment of school fees including SSCE final Examination fees, tuition fees for students of higher institutions as what makes him towers above his opponents.

Similarly, the Community Leader mentioned the award of scholarship for outstanding students in SCSS 2 at the sum of N250,000 each to four students that obtained over 300 points in 2021 JAMB examination, distribution of writing materials to many schools across Central Senatorial District with many schools in Ajaokuta as beneficiaries, adding that the exercise is still ongoing as another advantage Barr. Sanni has that will make him to clinch victory.

Further more, Elder Akamson mentioned the rehabilitation of collapsed township bridges in Ajaokuta, supporting schools during school prize and speech ceremony with minimum sum of N50,000 in cash and not pledge to students and winners, given out 100 pieces of academic gowns to SCSS I during their last graduation ceremony, the renovation of Home Economics labouratory and setting up of a Mini Internet Computer server in SCSS 3, as an indication for his love for education, which makes another difference, stands him out as preferred choice.

While adding that Barr Sanni has also constructed and sank boreholes in many estates and villages within the steel territory and beyond in Ajaokuta LGA, Elder Akamson praised him for his cash Incentives to staffers of SCSS 1, 2 & 3, Ajaokuta as further difference between light and darkness which he represents, asked Hon. Lawal to put on record any achievements he has made for the people to see, described his lies and promises to site projects few months to expiration of his unfortunate tenure as ungodly and would not hold water again.

Elder Akamson concluded by calling on the people of Ajaokuta Federal Constituency to cast their votes for that candidate with proven track records of community service as well as robust empowerment of women and youths as exemplified over the years by the candidate of APC, Hon.Barrister Sani Egidi Abdulrahmeen.

He described the NNPP candidate as leaving in his past, pointing out that he does not have a present nor future in representing the good people of Ajaokuta any further having failed woefully, said he has been outrightly rejected by the people.