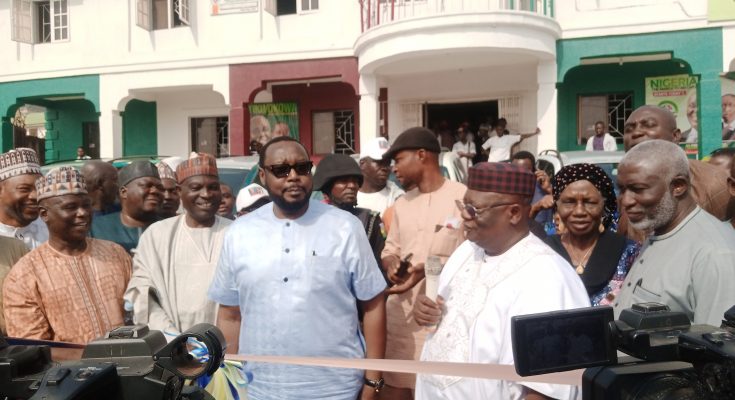 The Director General of AMASG Sam Abenemi who made the donation on behalf of the Chairman Adamu Mahmoud Atta in Lokoja on Friday, said the donations was a modest contribution of the Chairman of AMASG to enable the party meet her financial and logistics obligations ahead of 2023 general elections.

Abenemi, who is also the Deputy State chairman of PDP, noted that the success of the party is the main concern of the group, saying that whatever assistance he could render to achieve desired success the group would not hesitate to do it.

He called on the members and leadership of the party to close ranks to form a formidable team to win the presidential election with wide margin.

He called on the party to make judicious use of the money and the vehicles, adding that his group is committed to harvest of over six hundred thousand votes for the party.

In a remarks, the Director General Atiku/ Okowa Kogi PDP Presidential Campaign Council (PCC), Arch. Yomi Awoniyi commended the donor for his magnanimity to the party and assured that the money and the vehicles would be utilized judiciously.

Awoniyi called on other support groups to emulate AMASG in their commitment to the success of the Party in the forthcoming general elections.

He urged party supporters, coordinators and stakeholders to work in synergy until victory is assured.

He charged PDP supporters across the state to come out in their millions to welcome the standard bearer of the Party Atiku Abubakar and his running mate Gov. Ifieanyi Okowa to Lokoja on Saturday for presidential campaign exercise .