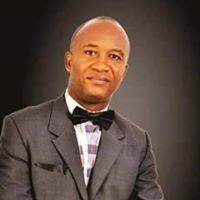 2023 presidency; Group insists it is turn of North Central.

A group under the auspice of North Central Coalition for Leadership (NCCL) has called on the leadership of the country to zone the 2023 presidency to the North Central in the interest of equity, fairness and justice.

The call was contained in a statement signed by the Director General of the coalition , Williams Oluwatoyin and made available to newsmen on Thursday in Lokoja.

Oluwatoyin who lamented that, the north central zone which had been playing stabilisation roles between the north and south has never tasted power since the democratic experiments in Nigeria, stated that north-central has become the only zone that has not produced either the president or vice president since Nigeria became an independent state.

He added that the North Central zone with highly intelligent and hardworking citizens has not been given opportunity to rule the country under a democratic setting despite the quantum leap of her citizens under the military regimes.

“The question that has bothered us as a region is whether we do not possess the needed qualification to lead the country considering our investment and perseverance with the other region. Despite being greatly marginalized, we have kept our cool and have continued to hold true to the idea of a one indivisible entity.

“When will equity, fairness and Justice speak for our region? We can’t wait further, 2023 is our best time and we must put our all to actualize this lofty dream.

“Let me clearly state here that the constitution of the Federal Republic of Nigeria never allotted the seat of the president of the nation to any particular region hence any qualified citizen has clearly by the provision of this binding document contest for this highly esteemed position.

“We totally reject the continued relegation of our best heads across party lines to the role of party chairmanship as it has being over the decade. The position of the Chairman of any party is truly desirable but after many years of organizing party affairs, we realized that we deserved better and that better is the presidency.

Oluwatoyin who recounted the leadership marginalisation of the zone since independence, opined that in the first Republic between 1960-1966, the nation produced Dr. Nnamdi Azikiwe, Head of state from South East and Abubakar Tafawa Balewa, prime minister from North East.

“After several military regimes, the democratic process once again kicked off in May 1999 which had Olusegun Obasanjo as president from South West while his vice Alhaji Atiku Abubakar hailed from North East.

“The North West again produce Musa Yaradua with his vice Goodluck Jonathan from South South and after the death of YarAdua, Jonathan stepped in to complete the tenure and contested and won making him to rule for six years with his vice Arch Namadi Sambo from the North West.

”The North West again has produced the incumbent President Muhammadu Buhari and his vice Professor Yemi Osinbajo from the South west.

“The Northwest , however has produced three presidents and a total of 11 years so far, While North East had prime minister, vice president, North West, South South and SouthWest had produced vice presidents leaving the North Central as an orphan in the political equation of the country.

“We say No! to political marginalisation which has brought nothing but backwardness and stagnation. We say No! to being viewed as the region unworthy of the presidential seat” he stated.

The Director General therefore called on the leaders of thoughts from the zone to form a common front devoid of party, tribal and religious affiliations to wrestle power to the zone, and vowed to use available resources at the group’s disposal to ensure the zone produce the next president of the country.