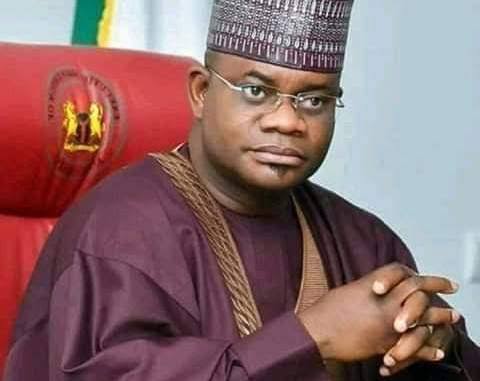 Gov Bello to enforce law that will guarantee safety, warn criminals to steer clear of Kogi

Gov Bello to enforce law that will guarantee safety, warn criminals to steer clear of Kogi

Kogi State Governor Yahaya Bello has assured that his administration would never relent in enforcing laws that will guaranteed the safety and peacefully coexistence of the people of Kogi State.

Governor Bello who gave the warning on Thursday in Kabba during the funeral ceremony of the wife of Kogi State Speaker Rt.Hon. Matthew Kolawole who died on December 5th , 2021 warned criminal elements terrorizing innocent people to leave the state or else they will be apprehended and face the full wrath of the law.

According to him , the current administration will never relent in its effort at enforcing the law that would guarantee the safety and peacefully coexistence of the people of Kogi state, noting that the opportunistic attacks and the incidence of kidnapping of the mother of his Chief of Staff and the armed robbery that occurred at Egbe in Yagba East local government recently would not go without arresting the perpetrators of the heinous crimes.

“I am assuring the citizens if the state that Kogi state will still maintained its status of being the safest and secured state in the country.

“The criminals, kidnappers, armed robbers will not escape, they will be apprehended and be prosecuted according to the law of the land as Kogi state is not a safe haven for any criminal to practice their dubious trade” he said.

While eulogizing the late Mrs Esther Kolawole , Governor Bello urged her husband and the Speaker of the Kogi House of Assembly to take heart over the lost, saying the deceased had touched many lives positively while alive which he noted accounted for the many testimonies from the people that have benefited from her kind gesture.

“Death is inevitable and no body knows when it will come therefore it is incumbent on us as human to utilize our time to do good things that will earn us God favour. I am happy today because my sister the wife of my Speaker had effect positive change in the lives of those she encountered while on this earth.

“I am also using this medium to call on Nigerians irrespective of tribes, religion or political affiliations to always strive hard in extending hands of fellowship to the less privilege in the society so that at all time God can have mercy and protect our lives” the Governor preached.

The Speaker, Prince Matthew Kolawole commended the governor for his support during the trying moment that ended his wife life on earth, and urged people to always do things that will be source of their remembrance after their demise.

The officiating minister, Pastor Emmanuel Benjamin in his sermon, cautioned leaders to always bear in mind that the positions they were occupying is on trust , stressing that one day God Almighty will call them to give vivid account of their stewardship while on earth.

Previous PostFULokoja: When corruption-variants attempt to fight back Next PostTwo killed as police station set ablaze in Kogi West