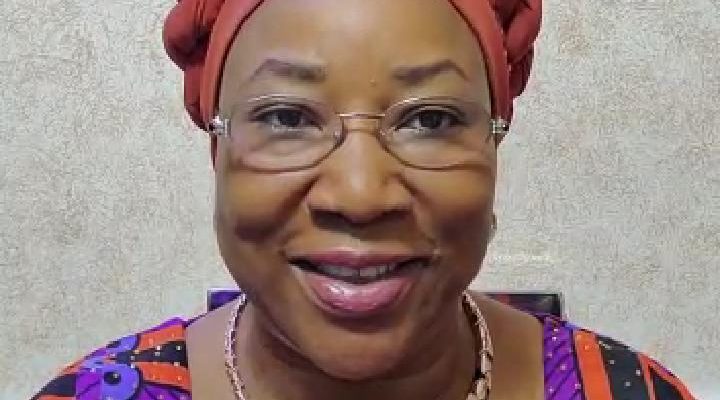 The health insurance was part of effort of the Non Governmental Organization in providing quality healthcare to the less privilege at the grassroots.

Speaking during the official launching of the insurance scheme on Thursday in Okene, Okene local government area of Kogi State , the Executive Director LUCAF Mrs Lami Onayi Ahmed said many rural dwellers lack quality healthcare due to their poor financial status, stressing that the Insurance package remain sacrosanct to safe lives in communities.

Mrs Ahmed who is representing North Central as a member of NNPC board stated that the role of state actors and non-state actors in provision of health insurance has provides the required social safety net for vulnerable persons especially children, pregnant women, aged and persons with disability.

“What we are doing here today is a demonstration of our commitment towards making sure our people have the needed access to quality healthcare services. This insurance package is to address the catastrophic out-of -pocket expenses and it has been paid for” she said.

She called on individual, Kogi State Government and International donors organizations to partner with Lift Up Care Foundation towards achieving its goal of ensuring the wellbeing of vulnerable groups and societal development in health campaign, education and economic empowernment.

The Executive Secretary Kogi State Health Insurance Agency Dr. Aledare Adekunle, said most people don’t go to hospital due to out-of-pocket expenditure, noting that the gesture will go along way in alleviating the suffering of the people at the grassroots.

While commending the Executive Director LUCAF, Dr Adekunle revealed that the health insurance scheme covered 100 beneficiaries for one years at the cost of fifteen thousand naira per person and urged the beneficiaries to take the advantage of the scheme to access quality healthcare.

Earlier in his speech , Idris Ozovehe Muraina , the Chairperson Kogi NGOs Network (KONGONET), described the philanthropic gesture as a big relief to the beneficiaries, saying poverty in most cases prevent people to access quality healthcare.

He called on spirited individual in the state emulate Mrs Lami Onayi Ahmed in giving back to the less privilege in the state.

One of the beneficiaries, Mrs Hafsat Oyamine AbdulAzeez from Okehi LGA thanks the initiator of the scheme and urged well meaning individual in the state to contribute to the welfare of the people living at the grassroots.