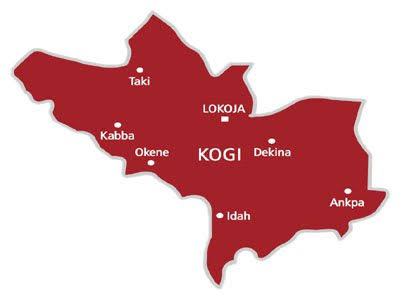 Two suspected kidnappers have been arrested by the Kogi State Police Command.

The Police arrested the suspects in Odolu, Igamalamela Local Government Area of the state in collaboration with local Vigilante and Hunter.

In a statement sent to DAILY POST on Friday, by the Police Public Relations Officer, SP William Ovye Aya, said the security operatives dislodged the criminals from their hide out and arrested them.

He stated that the command recovered one English made Pump Action gun, seven phones, and charms from the arrested suspects.

Explaining further, Aya said
“This is following report from the victim of kidnapping who escaped from their den on Thursday 19/5/2022 while the family were still negotiating for his release.

” Immediately, the Police operatives were mobilized along with the Vigilante, Hunters into the bush, on sighting the Police the criminals elements opened fire. During the gun duel that ensued, two were neutralized and two were arrested”.

Aya explained that the breakthrough is as a result of the strategies adopted by the Kogi State Commissioner of Police, Edward Egbuka, to curtail activities of kidnappers, armed robbers, bandits, and other heinous crimes in the State.

He added that, the Commissioner while commending the Police Officers as well as vigilante and Hunters for their prompt response to ensure the criminal elements met their Waterloo, assures members of the public that the Police will not rest on its Oars in synergy with other security agencies in the State to ensure the safety of lives and property.

Aya admonished the general public to continue to collaborate with the Police and other security agencies in the State by way of volunteering credible and timely information on the activities of Criminal elements.