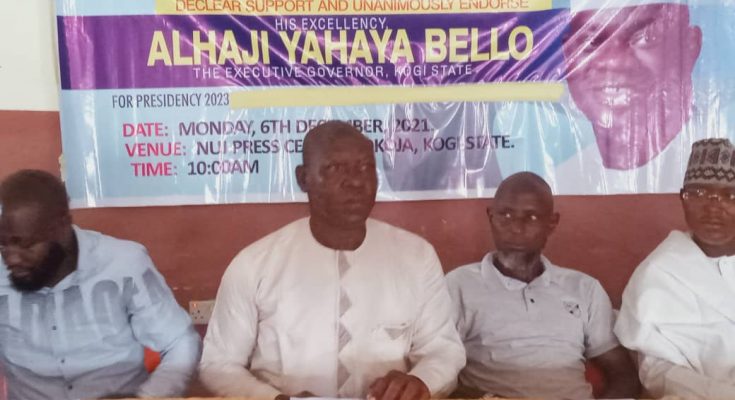 Kogi state forum of former political office holders on Monday endorsed Governor Yahaya Bello to contest and run for the office of president of the country comes 2023 general election.

The spokesman of the forum Dr Bawa Dangana who stated this in Lokoja on Monday during a press conference , said the decision of the group was borne out of the dynamic and pragmatic leadership style of the governor in the last over five years he heldsway as the chief executive of Kogi state.

He noted that the governor has done excellently well in the areas of security, education, agricultural , youth and women empowernment among others , stating that Governor Bello if given the opportunity to govern the nation, he will turn the country for better.

“We, at this juncture have decided to pass a vote of confidence on his excellency Alhaji Yahaya Bello, the Executive Governor of Kogi state for the giant strides so far achieved in my facets of human endeavour” he said.

Dangana urged well meaning Nigerians particularly Kogi people both at home and in diaspora to rally round the Governor to achieve the laudable aspiration.