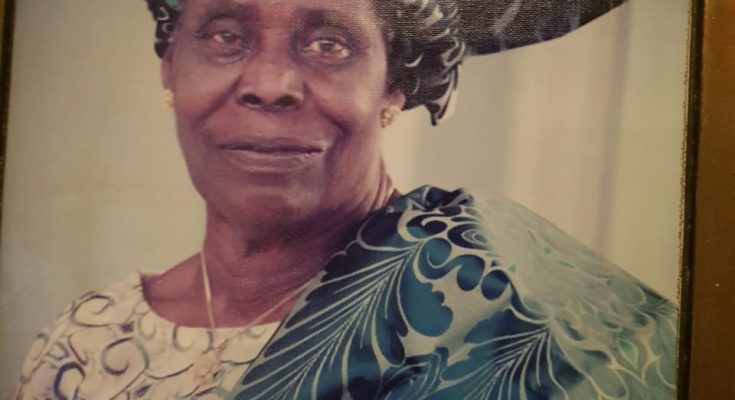 With gratitude and bounteous reverence to God Almighty, the Jegede family of Ogori, Ogori-Magongo Local Government Area of Kogi State wishes to announce the passing on to glory of the Matriarch of the family, *Mama Esther Iwalewa Anabisa Jegede* whose death occurred on Tuesday, 21 December, 2021 at the glorious and accomplished age of 99 years.

Mama who was born in 1922 was the mother of a renowned academic who holds double professorship in two distinct academic areas, the pioneer Vice Chancellor of the prestigious National Open University of Nigeria (NOUN), former Secretary General of the Association of African Universities, the immediate past Secretary to Kogi State Government, who is now the first Emeritus Professor at NOUN, Professor Olugbemiro Jegede.
Mama has produced one of the foremost educated families in Ogori Magongo. There are 2 Professors (Olugbemiro Jegede & Olorunfemi Jegede); a Brigadier-general who is also a medical doctor (Gen Folorunsho Jegede); an Associate Professor & Architect, Dr Dorcas Aina Ayeni (nee Jegede) and a first class Chemical Engineer, Dr Olarenwaju Jegede who runs his own Oil & Gas Staff Training company in Atlanta, GA, USA. Mama also has grand and great grandchildren who are doctors, engineers, international lawyers, all making Ogori and Nigeria proud within and outside the shores of Africa.

Burial arrangements will be announced soon.