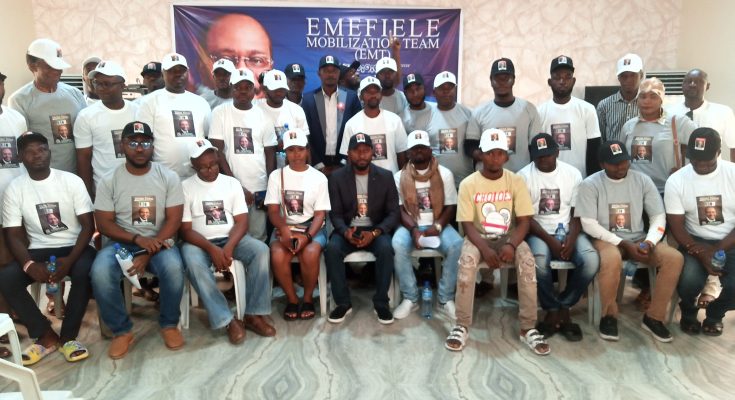 A group under the aegis of Emefiele Mobilization Team has called on Nigerian youth to support the call for Dr. Godwin lfeanyinchukwu Emefiele to run for the 2023 presidential election.

Addressing youths from the 21 local government areas of Kogi State on Saturday in Lokoja , during the launching of Emefiele Mobilization Team, the national coordinator of the team Dr. Ahmed Attah said the country by virtue of its present economic and security situation need a detribalized Nigerian with knowledge of economy to move the country to the land of development.

Attah who reel out some of the achievements of Dr Emefiele said as the governor of Central Bank of Nigeria (CBN) in the last eight years , he has initiated programmes and policies that affected Nigerians positively across the 36 states of the federation, noting that if given the opportunity to pilot the affairs of the country , the CBN Governor would certainly perform wonders. 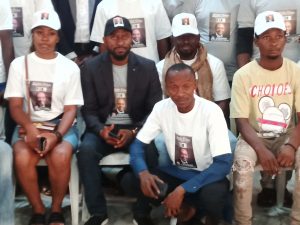 “Over the past eight years at the helm of affairs of the Nigerian Apex Bank, Dr. Emefiele has shown capacity, focus, courage and worked tirelessly with the economic team of President Muhammadu Buhari to keep the economy of our great country afloat above recession and outright collapse.

“His policies in the area of education, health, agriculture, industry and social credits have brought about positive transformation in these sectors and strengthened the Nigerian economy.

“Dr. Emefiele had done well as CBN governor, his policies have reflected in the growth of the country’s Gross Domestic Product (GDP) and created lots of employment in all states of the federation” he said.

According to him, his anchor borrowers’ scheme was one of Emefiele’s many achievements that benefitted over 4.8 million Nigerians spread across the country, noting that under the scheme, the CBN launched the brown revolution, an intervention aimed at boosting wheat , onion and cotton value chain.

“Wheat is the most widely consumed commodity, after rice, and only one per cent of it is produced in Nigeria with about $2 billion spent annually on its importation/which has benefited over 150,000 farmers in the country” he stated.

He noted that the CBN under the watch of Dr Emefiele supported and boost Rice farming through the ABP programme where over 1.8 million farmers in Nigeria received seedling, fertilizer, herbicides, pesticides, water pumping machines and more with beneficiaries from across the country.

He noted that Emefiele has presented a unique opportunity for peace, unity and development not just in Southern Nigeria but across Nigeria through his dexterity to work and selfless service.

He urged them not to relent in giving their support for Godwin Emefiele to run for the position of president comes 2023 general election.