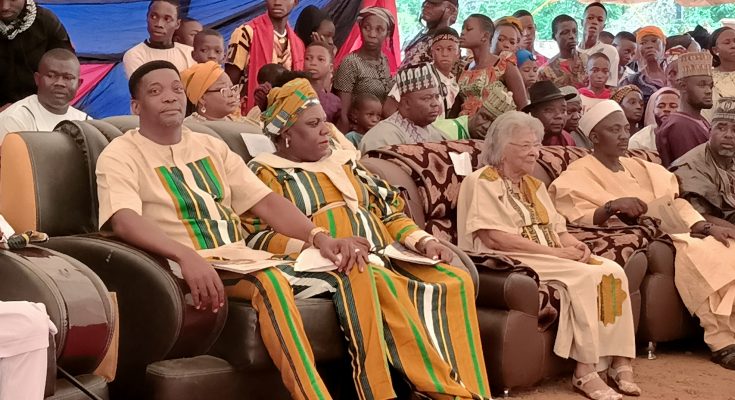 It was a roll call of prominent people, coal miners, political actors-including Muslims and people from different tribes and communities from Kogi state and beyond who converged at Inele Ugoh community in Olamaboro Local Government area of Kogi State.

Like the biblical Bethlehem,
Inele Ugoh is a small village that hosted well wishers on Saturday to commission an ultramodern church edifice built and donated by Ambassador Gabriel Onoja through his foundation, Enemona Josh Humanitarian Foundation. 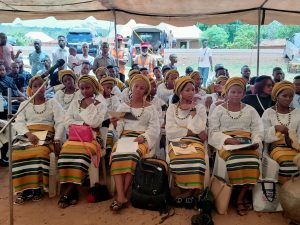 The small community came alive since Friday when guests, including international partners of the foundation stepped their foot on the soil which is practically becoming a ground of evangelism as the church commissioning project, brought in clergies in their number.

The triple event which includes , church building commissioning, inauguration of the foundation and charity fund raising was attended by the Deputy Governor of Kogi State, Chief Edward Onoja who without mincing words commended Gabriel Onoja for his foresight, commitment and investment in the house of God. 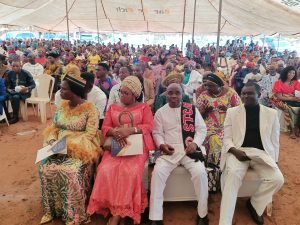 The Deputy Governor Edward Onoja who performed the rites of commissioning and inauguration, praised the philanthropist for his kind heart, initiative and magnanimity displayed at building a worship centre for the community, affirming that charity begins at home.

Edward Onoja charged the people to take advantage of the church to draw near to God and worship him for his visitation and blessings upon the community, the state and the nation while making financial donations on behalf of himself and family members.

President and founder of Foundation, Amb. Gabriel Onoja said the completion of the church building was a great fulfillment to him as his soul will rest well if God decided to take his life. 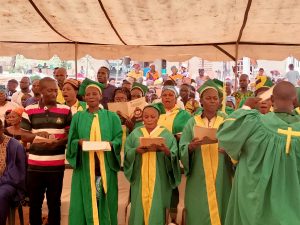 According to Gabriel, the over sixty million naira church should be used to pray for peace, socio-economic and political development of Nigeria, with a call on the worshipping community to pray for the wicked to repent of their ways.

“My desire is that anyone, who steps into this church, will pray for the peace, unity, development and socio-economic progress of Kogi and Nigeria at large,” he said.

The founder, who believed that the reward for what he has done is only coming from God, expressed more gratitude that he has been able to immortalize himself while still alive.

“I feel extremely grateful to God for giving me the opportunity to immortalize myself while I am still alive through the completion of this N60 million church project under 93 days, which is so dear to my heart and my entire family.

Speaking on his desire to live for the poor, Enemona said that he knew what it meant to feed the hungry, clothe the naked, visit the prisoners, and provide for orphans and widows and the poorest of the poor, among others because he was once in their shoes .

Ambassador Gabriel expressed appreciation to the Kogi state government, especially Governor Yahaya Bello and his Deputy, Chief Edward David-Onoja for their unalloyed support to him as a person and the Enemona-Josh Humanitarian.

The Guest Speaker and Director of Social Communications of the Catholic Diocese of Lokoja, Rev. Fr. Anthony Okoliko in his sermon, challenged well-to-do Nigerians to give to the poor as in giving; the giver receives God’s blessings. 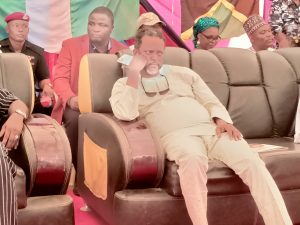 Okoliko an eloquent preacher par excellence said it was uncommon for an individual to shoulder the responsibility of building a church, but was sure that the reward for the sponsored of the projects will transcends to eternity.

“This act of love will definitely not go in vain but will witness God’s visitation and blessings beyond measures,” Okoliko stated.

Also speaking, one of the international partners of the foundation, Apostle Yahousha Burrell, a U.S. based co-founder of Enemona Foundation, said “because you have done this, God will in turn reward you.”

Burrell called on other wealthy individuals in Kogi and the country at large to join Enemona-Onoja in the mission to touch lives, especially the orphans, widows and the poorest of the poor in the society.

An 87 year old Mama Merlyn Borotha-Johnson, another co-founder from the U.K, described Enemona-Onoja as “a gift to his generation” such that God will not forget his love for Him and his people.