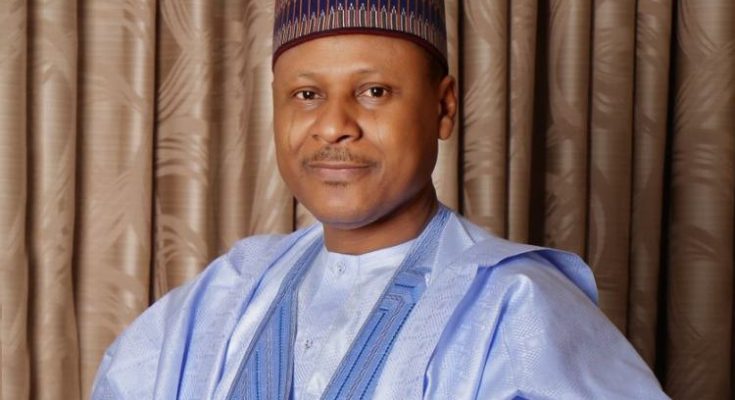 The contest for the Governorship election in Niger state in 2023 took a new and interesting turn with the entrance of Mohammed Idris Malagi, accomplished business man, media mogul and a chieftain of the All Progressives Congress (APC) in the state.

Not a few persons in the state saw the extent of the political machinery when it rolled into Niger state at the on set of the campaign a few yeas ago.

First, we changed the narrative around the moral connection between party democracy and the politics of gubernatorial aspiration in Niger state by our loyal and honest commitment towards the consolidation of the ethos and manifesto of the APC in Niger State. We did that, because we felt it will be politically inappropriate for us to see the party as mere platform to secure the bid to govern the state.

It is a deliberate attempt to posit that the Malagi political ideology will not engage in a zero-sum game with APC stakeholders as it is working for the interest of the party irrespective of his ambition to govern the state under the platform of the APC. We believe it is a moral obligation for us to strengthen ties between our party and the people of Niger state towards the realization of the political aspiration of our principal.

While some sceptics and arm-chair critics have narrowed the gubernatorial contest to irrational horse trading of money for loyalty and political support, the Malagi brand connects with the core interest of the people and the ruling party in the state.

Hence, the recent donation of 31 vehicles to the party with the sum of fourty one million Naira(N41,000,000.00) as an administrative support for the party structure across the 25 Local Government Areas and the state party office was seen by many as a game changer even as it jolted the spine of some detractors who mistook Malaga’s political gamesmanship for showmanship.

In addition, a few weeks ago, Malagi presented One Thousand Seven Hundred and Fifty bags of 50kg Rice to the party leadership with a cash support of One Million Naira as part of his Ramadan package for the people of Niger state. The significance of these gesture, though genuinely humanitarian, is not lost on the people of the state.

In a power game where there are contestations of ideas, interests or aspirantions, for any one to succeed, you need to always think of what to do rightly to be a step ahead of the pack.
That explains why Malagi’s goodwill initiatives appear to ruffle a few feathers each time it is made public knowledge.

Ahead of the governorship primaries, the Malagi campaign has taken on a life of its own without promoting any disruptive influence in the state APC.

For the Malagi 2023 team, our collection of people with varying capacity is replete with experienced and grassroot politicians, subject matter experts in politics and development economics, policy analysts and business-oriented private sector players in media, youth and women enterprise stakeholders and statesmen, women leaders from all walks of life all working assiduously as members of our great party, the APC to ensure a Malagi victory during the APC primaries as delegates.

These group of people driving the Malagi campaign believe in the Malagi agenda for a better Niger state and the pact of service to humanity through political activism  necessitates the need to bring all on board, so that collectively, we will build the Niger State we all desire.

It is a combination of all these that makes the man Malagi very thick and unbeatable in the unfolding contest of the APC gubernatorial primaries in the state.

In line with determination of the national and state leadership of the party which emerged from a successful national convention and inauguration of state party executives, the APC is primed to win more states into the APC fold and Niger state can not afford to be an exemption.

Niger State should be a good example by returning APC elected as the ruling party back to back. We are privileged to have a competent party executive in the state under the chairmanship of Hon. Haliru Zakari Jikantoro supported by State/Zonal/LG/Ward executives who are truly committed to the course of progressive governance and party democracy in the state APC.

While it is not an overkill to reiterate the political agenda of Alh. Mohammed Idris Malagi (Kakaaki Nupe) in his aspiration to be the Governor of Niger State in the 2023 election, we like to again put on record that the Malagi agenda for Niger in 2023 is driven by issues about what the man, Mohammed Idris Malagi has done; what he is doing and what he plans to do to reposition Niger state as a peaceful and progressive state ready to harness its abundant human and material resources in agriculture, power, education and technology to build a modern state in a 21st century Nigeria.

Fellow Nigerlites, let’s support Malagi for Governor in 2023 for the good of people and in the overall interest of humanity.