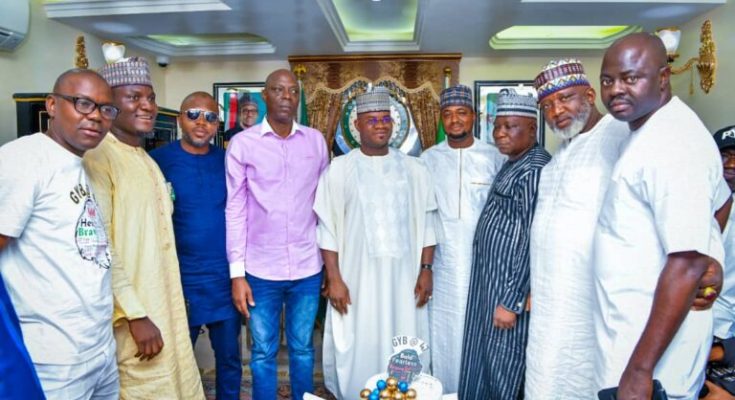 Speaker , Kogi State House of Assembly Mathew Kolawole in company of the newly elected Principals of the House have visited Governor Yahaya Bello to congratulate him on his 47th birthday anniversary.

Kolawole described Governor Yahaya Bello as a rare gem and praised his leadership style of inclusion.

He prayed God to grant the Governor more opportunities that would make him serve his fatherland, expressed satisfaction that the State is on a sound economic footing under his leadership.

In his remark , Governor Bello reiterated his commitment to the improve wellbeing of the people of the state and congratulated the new leadership of the House and urged them to work in harmony with the Speaker to enable the state reap more dividends of democracy.