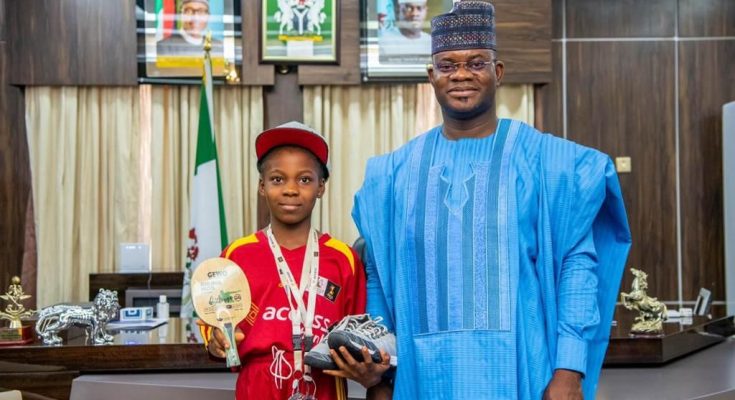 The approval of the scholarship was contained in a statement issued by the Chief Press Secretary to the state governor, Muhammed Onogwu which was made available to newsmen in Lokoja on Wednesday.

The statement noted that the approval which will be released into the beneficiary’s account to cater for her education from secondary School up to university was in fulfilment of the governor’s promise to the fatherless tennis tenage.

Sezuo Ize Azziza who was born into a less privileged family and lost her father at a very tender age desired to study Medicine and Surgery , a dream the governor alluded must not be hindered because of her family’s financial status.

The statement noted that Azziza recently caught the governor’s attention with her brilliant and exceptional performance at tournament where she represented the state.

In his remark, the State’s Commissioner for Education, Science and Technology, Hon Wemi Jones commended the governor for promoting girl child education and other intervention in improving education development in Kogi State.