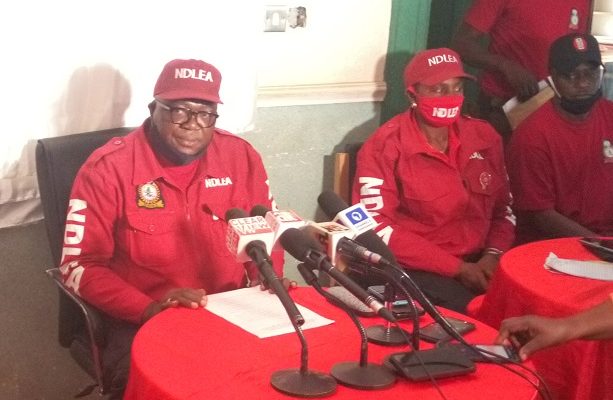 The state NDLEA Commander Abdulkadir Abdullahi Fakai who disclosed this said two persons were arrested in connection with the consignments.

According to him , the two suspects Sagir Isiyaka 40 and Bello Shehu Usman 42 were traveling in a J5 Boxer Bus from Onitsha to Abuja before NDLEA patrol team accosted them on searching their luggage our eagle eyed officers discovered the riffles and ammunition concealed in some sacks.

“When asked about how they came about such dangerous arms and ammunition they couldn’t give any cogent or concrete reason as proof of ownership” he explained.

The NDLEA Commander said it was at that point that the duo were arrested with the consignments for further investigation.

He pointed out that , since the matter is about arms and ammunition the case was quickly transfered to the Nigeria Police, Kogi Command for their discrete and further investigation.