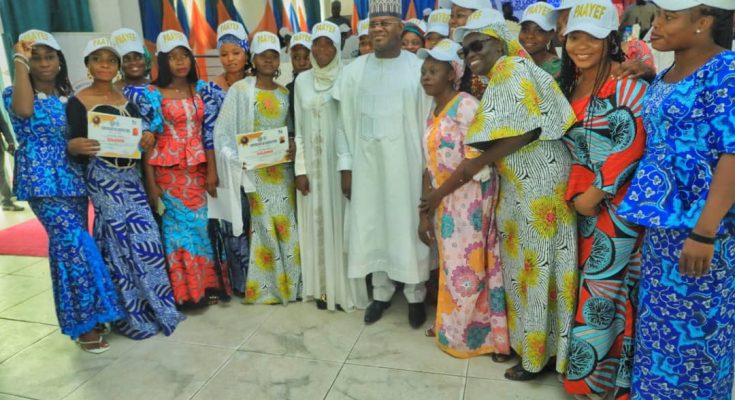 Gov Bello Donates  N500,000 Each To PAAYEF Fashion Design Graduands, Tasks  them  on  Self reliance

Kogi State Governor, Alhaji Yahaya Bello has reiterated the commitment of his administration toward empowering citizens of the state to make them self reliance in order to improve their livelihood.

The beneficiaries cut across the 21 local government areas of the state. 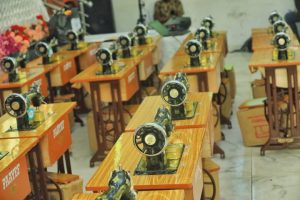 The governor who was excited with the empowernment of women donated N500,000 naira to each of the graduands as take off grant to ease their operations and thanked the founder of the foundation for touching the lives of people both within and outside the state.

He charged him to continue to touch lives and be an ambassador of the New Direction Government.

“It is for you to go back to your various local government areas and replicate the empowerment by starting strong from the grassroot. 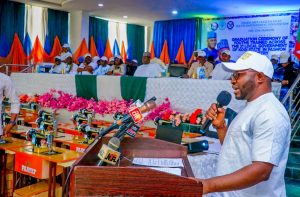 In his speech, the founder of the foundation and Chief of Staff to Kogi State Governor, Pharm. Abdulkareem Asuku thanked the Governor for the privilege given to him to add value to humanity.

Asuku encouraged the beneficiaries to always emulate the lifestyle of the governor by extending the hands of fellowship to their neighbors.

“The only way you can give hope to the people is by empowering them. Teach them how to catch fish and don’t give them fish. It is evidently clear
that the beneficiaries were randomly selected and I don’t have any connection or relationship with any of the beneficiaries before now. 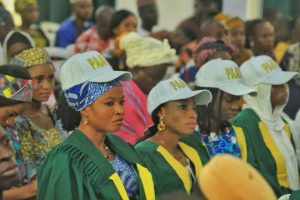 According to him, having know the place of women in the society, he decided to start with the ladies and has decided that the fashion industry being a lucrative one should be their focus to become self reliance.

Asuku disclosed that 21 of them started but 19 of them graduated at the end of the programme, adding that apart from the sewing machines and other clothing materials, a start up capital of N100,000 and an additional transport allowance of 10, 000 has been earmarked for the beneficiaries.

The lead instructor and Chief Executive Officer of THE-YEM FASHION Mrs Opeyemi Bamijoko Alonge said skill acquisition programme is
the 5th edition in the series,
noting that the programme have been running for three years and four sets of trainees have been graduated before now. 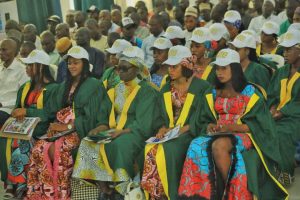 Mrs Alonge added that clothing materials, starter pack, accommodation and feeding have been provided for the beneficiaries by the foundation.

Earlier in her address, the focal person and Senior Special Assistant (SSA) to the Governor, Hon. Mimi Sandra Musa thanked the founder of the foundation and Chief of Staff to Kogi State Governor, Pharm. Abdulkareem Asuku for identifying with the female youths and putting smiles on their faces.

She appreciated the donors both within and outside the government who have been supporting the foundation with their resources.

The Kogi state commissioner for education , science and technology, Hon. Wemi Jones charged the beneficiaries to take advantage of the training and empowerment to develop themselves among top entrepreneurs in Nigeria.