Home Opinions My Travails In The Hands of SARS 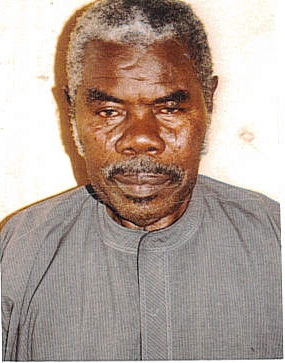 My Travails In The Hands of SARS

Expectedly, the protesters were dispersed with tear gas by the men of the Nigerian Police. Even though the Police successfully dispersed the protesters without any loss of life, the protesting youths succeeded in sending a message to both the government and Nigerians, which is that ‘SARS’ must be disbanded.

One may be surprised that despite the popular agitation calling for the disbandment of the Police outfit, government has been very cautious in handling the demand.

Going down memory lane and as confirmed by the founder, C.P Kwajafar (rtd), the formation of Security And Robbery Squad (SARS) DURING THE Buhari/Idiagbon regime was with good intention, aimed at curbing heinous crime at infancy.

Details of the fact of its formation is contained in the interview granted the founder and published in the Nation Newspaper of 24th December 2017, specifically in pages 46-47.

The frank and convincing reasons behind the formation of SARS that enjoins one to apply the brake while calling for a total disbandment of SARS, encouraged me to share my personal experience (travails) in the hands of the Police subsidiary outfit on the 7th of June, 2015.

Conclusively, I am against the disbandment of the Security outfit, rather, government should find ways of reforming it in earnest, as attempts to substitute it could be more difficult and dangerous, because of the prevalent corruption in the Police, especially when it involves recruitment.

Precisely on 7th June, 2015 at about 7:00am, the regular Policemen from 4 division of the Central Senatorial District invaded my compound/mosque at km8, Okene-Lokoja Road, Nagazi to search, which they carried out for an hour long before the arrival of Federal SARS from the Abuja Headquarters of the Nigeria Police Force who took over at that point from the regulars, claiming that they we acting on order from above.

For the purpose of carrying out their orders from above, they invaded my compound in a commando style and in six 18-seater buses.

From my calculation, they were 70 in number, armed with sophisticated weapons.
No doubt, their sponsor inclusive of my relations who might have been nursing some ills against me must have so discredited and misinformed them of my person, which resulted to the inhuman treatment they gave me without any investigation.

I was rough-handled, my hands hand-cuffed from behind and given all sorts of humiliation before my family.

In the course of their searching that was laced with several abuses, one of my daughters who responded to their abuses denying that I am not a criminal was forced to sit on bear ground at gun point and her phone taken from her before the intervention of the team leader, Supo Niyi, who ordered her release after going through my war time newspaper/magazines.

ALSO READ:  THE SEARCH FOR A RUNNING MATE: A POSSIBILITY FOR A FEMALE CANDIDATE AND AN EYE-OPENER FOR APC.

During their search, they carted away money and personal belongings, such as my war records/pictures which comprises of the Guinea Bissau, Guinea Conakry conflicts, the 7 days Israel-Arab War and Nigerian-Biafra Civil war, 1967-1970 which they never returned.

From there, my journey to incarceration began as I was driven to Okene Divisional Police Station under heavy gunfire as if escorting a robbery kingpin. Without much exaggeration, the bullets they expended (wasted) from my house, through Okene to Lokoja was enough to fight the Boko Haram, as they were almost a company in strength.

At Kogi State Police Command, Lokoja, the humiliation, the torture and pains that I underwent in the hands of my interrogators cannot be explained on paper.

There, I met other unfortunate victims of different background, sex and age, also framed up like myself as robbers, kidnappers.

Also, come to talk of the exorbitant bail charges from planned and monetary induced weekend arrest and other manners of right abuses.

I spent three weeks in a Police cell that was a toilet size with as many other “accused” before I was eventually charged to court and thereafter taken to Koto prison.

It is indeed surprising if the Police hierarchy claims ignorant of these rights abuses. After all these rights abuses, I was granted bail on 13th December 2017 by the High Court of Ebogogo, for want of evidence, vide court ruling Re: KGS:HCEB/02C/2017.

Readers may be surprised to know that I have no incriminating past or records to warrant my travail.

Similarly, I have interacted with Nigerians of affluence such as late MKO Abiola, Dr Olusola Saraki and the Sultan of Sokoto, his Eminence, Muhammad Maccido.

I have also served as a war correspondent during the Nigerian/Biafra Civil War. Thus, availing me opportunity of interacting with top military combat commanders.

I later got engaged in trading of Ebira native handloom weaving clothes to both national/international levels, representing the state and Nigeria at National and international trade fairs/exhibitions and at moment security consultant and freelance feature write-ups.

From all the above it is clear that I was merely framed up by rivals and people who were envious of my human rights activism/credentials, but unfortunately the police allowed itself to be used as a tool of injustice.