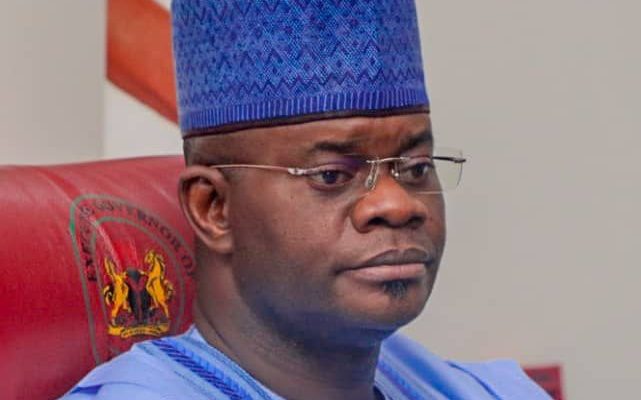 The Kogi State Government has accused the Economic and Financial Crimes Commission of illegal harassment of state officials “over a bail-out fund the Commission tried fruitlessly” to prove was stashed in an account, despite a Court injunction restraining it.

The State Government in a statement signed by the Commissioner for Information and Communications, Kingsley Fanwo and made available to newsmen in Lokoja on Thursday said, further to a Suit No. HCL/128/2021, filed by the Kogi State Government against the EFCC and other Defendants with respect to the said bail-out funds, “the Court issued an injunction on the 3rd of December, 2021, restraining the EFCC or its agents from inviting or arresting any Kogi State Government official or requesting for any documents in relating to the matter pending the determination of the Motion on Notice.”

Fanwo said despite the fact that the EFCC’s attempt to set aside the said order was refused by the Court and its appeal had not also been determined by the Court of Appeal, the Commission, in what the state government described as its usual gestapo manner, attempted to arrest the Cashier of the Kogi State Government House.

The Kogi government, in a statement titled: “EFCC Resumes Harassment of Kogi Government Officials in Violation of Injunction Restraining it From So Doing”, described the attempt as a clear and flagrant violation of a subsisting order by a competent Court of jurisdiction, saying it would challenge this latest action of the EFCC in Court.

“Orders of Court ought not be disobeyed, and never by an institution set up by Law to enforce laws,” it stressed.

“More ridiculous is the claim by the EFCC operatives that came to effect the arrest that they were unaware of the injunction. The question is, can the EFCC claim to be ignorant of an Order of Court which they have already appealed against the ruling, refusing to set same aside? To us, this is an attempt by an agency created by law to drag the rule of law in the mud and operate above the law,” the statement noted.

It added that the EFCC had clearly moved from fighting the Kogi State Government to disrespecting the Judiciary that is the last hope of the common man.

“The Government of Kogi State supports the anti-corruption agenda of the APC-led Federal Government and has strengthened her institutions to remain transparent and accountable, resulting in our yearly awards from credible agencies, including the World Bank on Fiscal Transparency and Accountability,” Fanwo stated.