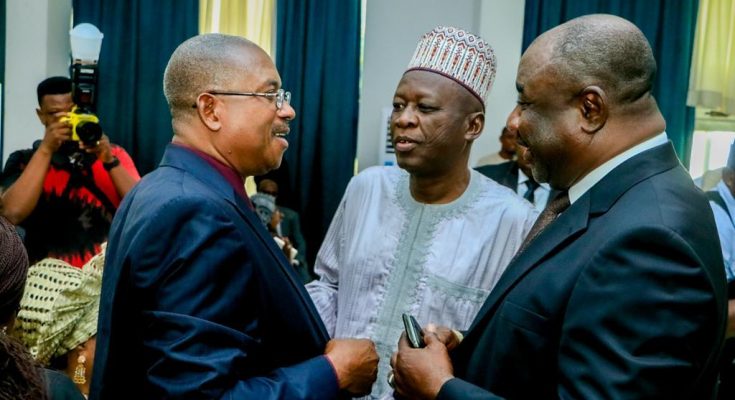 Governor Bello who was represented by his deputy Edward Onoja at the occasion, charged the Jurists to execute all the functions of their respective offices with erudition and the fear of God.

The Governor who reaffirmed the cordial relationship between the Executive Arm of Government and the Judiciary in the state , said the relationship had pave ways for the smooth multiple successions into the Judicial Arm since the passage of the late Justice Nasir Ajanah, assuring the the State government will sustain the relationship.

He noted that the state was indeed fortunate to have found worthy occupants for the two most critical Offices in the administration of Justice in Kogi State.

The Governor enjoined Justice Richard Olorunfemi and Justice Siyaka Momoh-Jimoh to bring their experience to bear as jurists in the administration of justice in the state.

In his remarks, Justice Richard.O. Olorunfemi who spoke on behalf of the newly sworn-in Justices, assured that they will discharge their duties diligently and according to the law, stressing that their utmost desire is to make the State proud.