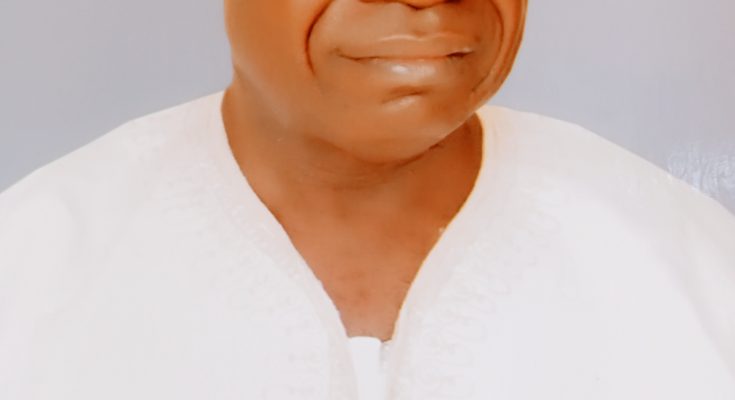 The Ohinoyi of Ebira land Dr Ado Ibrahim , the Ohi of Eganyi Alhaji Musa Achuja and the Commissioner for Ministry of local government and chieftaincy affair, Barr. Salami Ozigi have been called to wade into the impending chieftaincy tussle about to explode in Ebiya community before it degenerated into violence and crises.

Chief Haruna Ahmed Osike a community leader in Ebiya made the call in a counter statement he issued in respect of alleged affidavit of next of kin deposed to by Momohjimoh Mamudu Akaba who claimed and described himself as the Idu of Ebiya the traditional stool of Ebiya community in Ajaokuta LGA.

According to the counter statement which was addressed to the Ohinoyi of Ebira land and Acting President , Kogi State Council of Chiefs, the Ohi of Eganyi and Chairman Ajaokuta LGA traditional council and the Commissioner for Local Government and Chieftaincy Affairs Kogi State, the statement drew the attention of the stakeholders for their prompt actions to avert impending crises that can destroyed the peaceful coexistence of the people of Ebiya community over the ascendancy of Idu Ebiya stool.

Chief Osike however in a Statement , noted that as bonafide citizen of Ebiya town in Ajaokuta local government and to the best of his knowledge and believe ,the seat of Idu of Ebiya in Ajaokuta local government area of Kogi State is still vacant , saying the affidavit deposed to by Momohjimoh Mamudu Akaba claiming to be the next occupant of the stool is a mere ruse that can not stand as he (Mamudu Akaba) has never been appointed by any body , groups or government.

The counter/response to the purported affidavit read in parts “that I am a bonafide citizen of Ebiya town in Ajaokuta local government area of Kogi state, that I have every information related to the development within my home town (Ebiya).

“That one person , purported to have described himself as His Royal Highness (HRH) Momohjimoh Mamudu Akaba as the Idu of Ebiya, Ajaokuta local government area in an affidavit of next of kin deposed to at Area Court Grade II Ebiya Ajaokuta LGA dated 12th March, 2021.

“that being an indigene of Ebiya community and to the best of my knowledge and believe, the seat of Idu of Ebiya in Ajaokuta LGA of Kogi State is still vacant and that I need this counter/response for complaints and in accordance with provision of statement of Truth for action” the statement said.