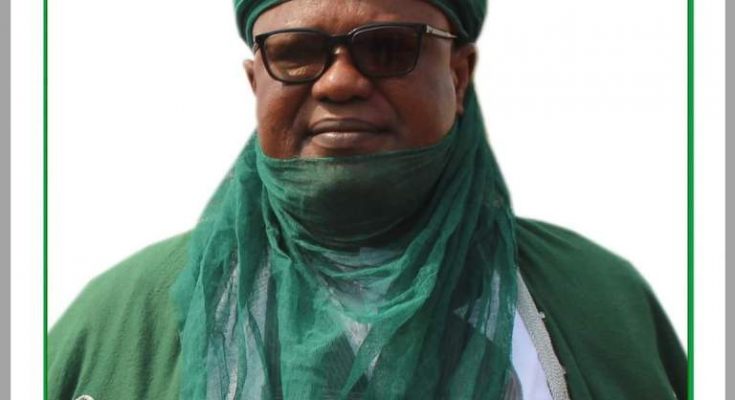 The Ohimege Igu of Kotonkarfi, Abdulrazaq Isah-Koto, has charged women and youth of Egbira extraction to embrace Agriculture to enable them improve their livelihood.

The Royal Father made the call on Saturday when Egbira people from across the country gathered in Kotonkarfi, Kogi local government area to celebrate the World Egbira-Ohiku day convention and display their rich culture heritage.

He noted that the main essence of the gathering was to foster unity among Egbira people who are spread across the country in different states like, FCT, Kogi, Edo, Nasarawa, among others

Speaking during the occasion, the chairman of the Board of Trustees of Ohiku- Egbira Descendants Union, General Chris Alli, (Rtd), stressed the need for the people of Egbira Nation to be united for the common good of all.

He called on the union to pay particular attention to the areas of women and girl-child Education designed to improve their status and giving them a more secured future, so that the Union’s engagements are matched with action.

“Serious attention must also be giving to lifelong skill Acquisition Programmes for youths, especially in the areas of ICT and crafts. I am pleased to noted that this is captured among the many lofty objectives the union wishes to accomplish.

“While I urged the union to put women and young people at the center of their Programme plans, I would like to advise young people themselves to stay away from acts of violence and other forms of criminality that could endanger lives and property as well as destabilize the country’s democratic stability that has come to stay since 1999. Chris Alli stressed.

Earlier the National President of Ohiku-Egbira Descendants Union , Alhaji Musa Ibrahim Ahmadu, noted that the ethnic group have resolved to be bounded together as one entity, with a common destiny, and to do all other things that will enhance their unity and overall development of the Egbira people and Egbira Nation.

He maintained that Egbira as our common name with a common spelling E-g-b-i-r-a regardless of dialectical differences, as earlier resolved with traditional rulers and stakeholders in their previous conventions .

Speaking further Ahmadu said the whole essence of their coming together is “to foster and strengthen the unity of the Egbira Nation through enhanced social and cultural activities and to mobilize resources towards the provision of economic and social services for our communities.

“To create a formidable machinery for conflict resolution within the Egbira Nation through the encouragement and development of a virile articulate and self-sustaining internal crisis resolution mechanism.