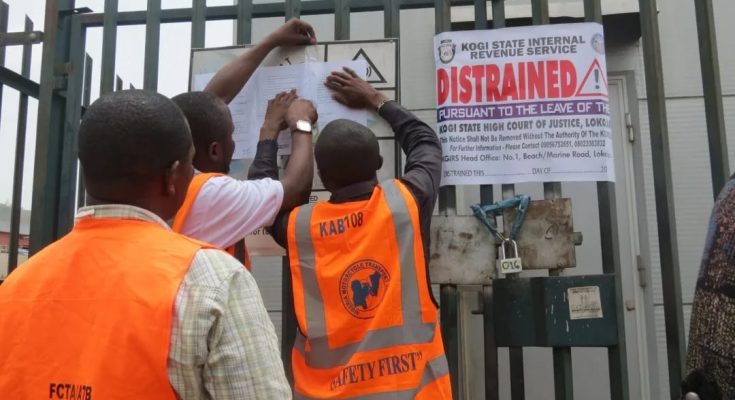 Reacting to the allegation made against the organisation by Globacom in Lokoja on Wednesday, the Acting Executive Chairman, KGIRS Sule Salihu Enehe stated that as an organisation, KGIRS has tremendous respect for the rule of law and will not take any action that infringe on the rights of individuals and corporate organisations.

“It should be noted that KGIRS deals with Telecom companies individually and not with an association of telecom providers.

“Also, the court issues highlighted in the petition was the case of business premises, whether the telecommunication mast can be regarded as Business Premises by virtue of Section 2 of Kogi State Business Premises Law 2017. The matter was decided by the Federal High Court Lokoja in favour of the Telecom Association against the registrar of business premises, Kogi State, and four others of which the state filled a notice of appeal thereto and now before the Court of Appeal, Abuja” he said

Enehe further stated that several demands notices have been sent to the two defaulting Telecom companies but they refused to oblige stressing that the said liabilities include Globacom Nigeria defaulting at N300 million naira unremitted tax labilities.

“All these payments are to be paid by virtue of law of the Kogi State House of Assembly duly passed which allows KGIRS to collect the levies and fees on these premises. While MTN Nigeria Communications has come to settle their tax liabilities, we expect the remaining two GLO, AIRTEL to do same,” he said.