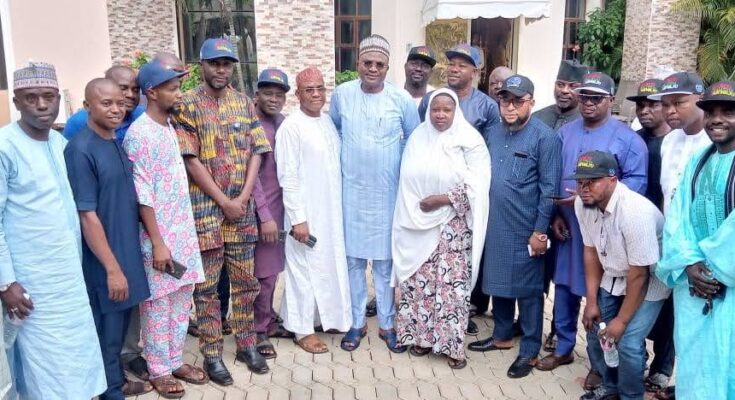 The Grand Patron, Gamji Coalition For Asiwaju, Kogi Central Senatorial District, Alhaji Sanusi Abubakar, has assured of total victory for the candidate of the All Progressive Congress, Asiwaju Ahmed Bola Tinubu, in the forthcoming 2023 General election.

The grand patron declared this during the inauguration of the local government coordinators of the coalition from the five local council areas of the central senatorial district of Kogi state.

According to him, Asiwaju has paid his dues as a true democrat who worked tirelessly to entrenched democratic rule in Nigeria, assuring that as tested progressive, the Presidential Candidate of APC will bring his wealth of experience to bear as the President of Nigeria come 2023.

He called on the group to work very hard for the desired victory, assuring that, just the same way Asiwaju has built people in the past across the country, he will also build the next generational leaders from the group.

Earlier, the Chairman of Gamji Coalition for Asiwaju, Hon Muhammad Sule (Sunday sea), called on the Local government coordinators to work very hard to ensure victory for the presidential candidate of the All Progressive Congress, Asiwaju Ahmed Bola Tinubu in the 2023 general election.

He called on the group to be united in purpose and ensuring peaceful campaign which is devoid of rancour.

“We need to work very hard to ensure victory for Ahmed Bola Tinubu, that will empower our Patron to ask for what is due to our group.

”We are going to support you to carry out this task. Don’t hesitate to bring to our attention any challenge you encountered. Where the challenge is much we can then call on our leader” he said.