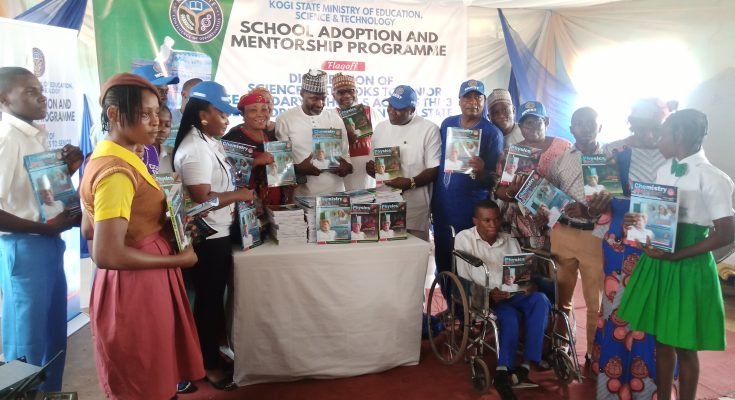 In continuation of distribution of free science textbooks to public senior secondary secondary students in Kogi east, the state Governor Alhaji Yahaya Adoza Bello has called on well meaning indigene of Kogi to support and contribute to the development of education in the state.

Governor Bello made the call at Our Lady of Schools (OLS), Anyigba, Dekina local government area of Kogi state on Tuesday during the distribution of free chemistry and physics textbook to 148 public secondary schools in the eastern senatorial district of the state.

Governor Bello who was represented by the Commissioner for Education, Science and Technology, Mr Semi Jones described education as the bed rock of any nation development and
commended the donor for complementing government effort in revamping education system across the three senatorial districts of the state. 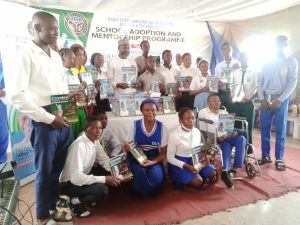 According to him , the State Government’s School Adoption and Mentorship Programme was initiated by the state’s Ministry of Education, Science and Technology but supported by the Local government Auditor-General Alhaji Usman Ododo through the funding and donations of over 11,000 chemistry and physics textbooks for distribution to public senior secondary schools in the state free of charge.

Governor Bello who expressed the determination of his administration to provide qualitative education to children of the less privilege, said he is committed to education sector particularly the Science, Technology, Engineering and Mathematics (STEM). 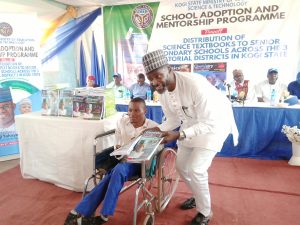 “We all knows that the future of this country and indeed the world depend solely on science and technology that prompted us as government to established Confluence University of Science and Technology Osara to encourage our students to venture into the studies of science courses.

“The distribution of free science textbooks was inaugurated on November 12, 2022 at Okene headquarters of Kogi central senatorial district. I commended the commitment of Alhaji Usman Ododo for supporting school adoption and mentorship programme.

“I am using this medium to call on well meaning individuals and corporate organizations to key into the programme for the purpose of bring back the old glory of quality education back to Kogi state” he said.

He cautioned the principals and teachers of benefitting schools against selling the textbooks, warning that government had put in place measures to ensure the books were effectively utilized for the teaching and learning of the science students.

The Governor who disclosed that the state executive council in their last meeting had approved the elongation of retirement age for teachers from 35 to 40 years as well as 60 to 65 years before retirement , lamented that many agile and competent teachers were often lost to retirement age.

He noted that Kogi state remained the first State in the country to domesticate the education policy of the federal government on the elongation of teachers’ year of service, urging the teachers to take the advantage of the elongation to contribute their quota to the development of education in the state. 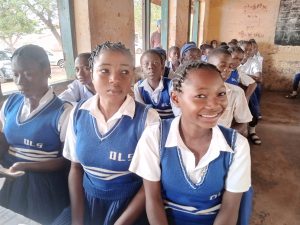 Speaking on the recent recruitment exercise of new teachers for secondary schools, Governor Bello assures that by next week the successful candidates will receive their appointment letters to commence their teaching profession.

”We need adequate and competent teachers that will teach in our schools, and that is why we have ensured a transparent recruitment processes from the aptitude test to the final exercise” he said.

“We have been crying over the problems of basic education which has metamorph and affecting secondary schools system and now tertiary institutions. We can only get it right if basic education is giving the desired attention.

“I commended Governor Yahaya Bello , the Commissioner for Education and Alhaji Usman Ododo for boosting the education through Government’s School Adoption and Mentorship Programme” he lauded.

Prof. Atidogo who promised to teach government at Our Lady of Schools (OLS), Anyigba as part of his contribution to the development of education in the state, urged influential indigene of the state to key into the programme to bail basic education system from total collapse.

Also in his goodwill message,
Mr Robert Awodi, the President of All Nigeria Confederation of Principals of Secondary Schools (ANCOPSS) thank Governor Bello for elongating teacher’s years of service to 65 years.

He assured that the science textbooks will be judiciously utilized to spur other people to sponsor and donate more books in other subjects to schools in the state.

Fatima Yusuf a students of Holy Rosery College, Idah who spoke on behalf of other students thank the donor and promised they will use the books to pass their WAEC and NECO with good grades.